Tobiko outlined seven criminal offences that he alleges were committed. He further recommended for prosecution alongside the two is businessman Benson Gethi Muchemi.

DPP in his statement claims they will be charged with tampering with a public officer contrary to section 107(a) of the Penal Code for “threatening and intimidating,” NYS accounting officer Adan Harake.

“The trio together with businessman Ben Muchemi) attempted to dissuade Harakhe from reporting and following up with the CID the matter relating with the conspiracy to steal Sh695 million,” the statement reads.

It continues to state that the three threatened Harakhe, “with consequences, If he proceeded to decommit from the IFMIS system said sum of Sh695 million,” the statement reads.

Twenty-three persons including Muchemi will on the other hand be charged with the theft of another Sh791 million through fraudulent IFMIS transactions.

Three of them – Regina Mungai, Josephine Kabura, Peter Otwoma – together with one Caroline Njambi will face the additional charge of conspiring to defraud the NYS of the aforementioned Sh695 million.

Tobiko had sent a file on the probe back to the investigating agencies in September after the initial probe by the CID proved unattainable.

He ordered the immediate prosecution of all those named in the cases and asked the EACC and the Asset recovery Agency to initiate asset recovery proceedings.

Devolution Cabinet Secretary Anne Waiguru could testify against her juniors in the ministry expected to be charged over the Sh791 million National Youth Service (NYS) scandal.

The Directorate of Criminal Investigations (DCI) in a new report submitted to the Director of Public Prosecutions (DPP) wants Ms Waiguru to become a prosecution witness in the case that could expose the extent of the conspiracy to defraud taxpayers through questionable procurement dealings.

While Ms Waiguru explained the payment of Sh695 million was stopped, the DCI found similar transactions to defraud the Government had been carried out between December 2014 and April 2015 totalling Sh791 million.

Githinji was the holder of the Authority to Incur Expenditure (AIE) at the time the money was paid out.

These dubious deals marked the start of Waiguru’s tribulations.

She has constantly maintained that she was the one who blew the whistle on suspicious transactions at NYS. 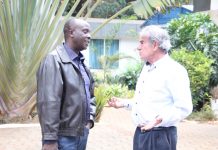 BUSINESSMAN SEEKS PROTECTION AS WIFE ACCUSES HIM OF ASSAULT. 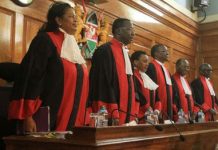 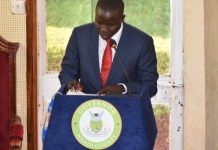