Leaders from Bungoma have now defected from the ‘ruling’ opposition to form new political vehicles that suit the interests of their people.

New Ford Kenya’s National Executive Committee on Monday announced that it had resolved to dissolve the party to join the UHURUTO’s team Jubilee Party.

In a statement the party leader Ken Lusaka (Bungoma Governor) said that a National Delegates Conference is expected to meet in two weeks’ time to endorse the decision, paving way for the launch of Jubilee Party in August 2016.

New Ford Kenya – which was previously headed by Water and Irrigation Cabinet Secretary Eugene Wamalwa before he resigned following his appointment to the Cabinet – is among 12 political parties which make up the Jubilee Coalition.

The development comes days after President Uhuru Kenyatta signed into law the Political Parties Amendment Act 2016, which ensures that affiliate parties can merge to form a bigger one without their members losing their elective posts.

The law previously stated that when a political party merges with another, a member of the political party that has merged who is a Member of Parliament, or of a County Assembly, a Governor or Deputy Governor, shall be deemed to have joined the merged political party.

Other political parties in the Jubilee Coalition which the two used to get into power in 2013 include The National Alliance (TNA), United Republican Party (URP), United Democratic Forum (UDF), Alliance Party of Kenya (APK), Ford People, Chama Cha Uzalendo (CCU), Grand National Unity (GNU), Democratic Party (DP) and the Republican Party among others. 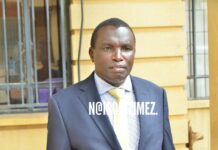 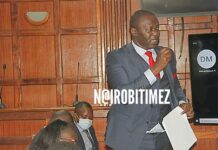 WHY MCAS OPPOSE LAW DEGREE REQUIREMENT AHEAD OF 2022 POLLS. 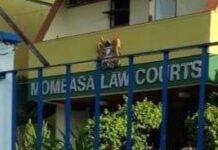