“Pending the hearing and determination of this Application and Petition, this Honorable Court be pleased to issue an Order directed to the 1st Respondent tostop and cease disconnecting electricity based on the failure to honourinflated backdated electricity bills and estimated electricitybills, “reads the court documents

The petitioners say that KPLC   misled its customers by making false or misleading representation with respect to the electricity bills.

They argue that KPLC made a false andmisleading representation with respect to the electricity tariffs and bills to the customers when the bills fell due and the customers have a right to the correction or deletion of untrue or misleading information that affects its customers.

In the petition filed this evening at the Milimani law courts the petitioners claim that in the Annual Report and Financial Statements for the year ended 30th June 2017, KPLC declared an amount of 10.1 Billion shillings as recoverable fuel costs to be passed on to consumers.

They further claim that by a letter dated 10th January 2018, KPLC admitted that there are errors in their electricity bills and that some of the bills sent out to customers reflect an amount due in excess of what should have been charged.

They now want the court to declare that the monopoly enjoyed by KPLC is unconstitutional.

Similarly they want the court to direct KPLC to correct or delete all untrue or misleading information in the electricity bills that affects any of its customers.

They also want the court to declare that the directive by the President to the KPLC to provide electricity to the manufacturers at 50% discount during the low peak period between 10pm-6am period with effect from 1st December 2017 was discriminatory to other customers of the 1stRespondent hence unconstitutional.

Also sought in the petition is a permanent injunction directed to the KPLC from billing or recovering from itselectricity customers backdated electricity bills based on the 10.1 billion shillings contained in their Annual Report and Financial Statements for the year ending 30th June 2017.

Hearing to proceed for further directions. 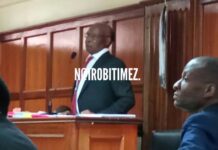 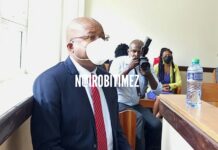 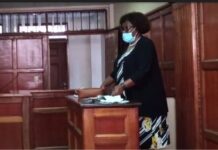