They accused the judge of issuing orders that amount to exonerate Ojienda from tax obligations.

Kenya Revenue Authority has appealed against a decision by a judge that compelled the taxman to issue Prof Tom Ojienda with tax clearance certificate, to allow him defend his position at the Judicial Service Commission (JSC).

In the appeal, the taxman wants the court of Appeal to set aside the ruling by Justice Wilfrida Okwany, issued on December 4. Prof Ojienda has already handed in his papers to the Law Society of Kenya, ready to defend his seat at the JSC.

KRA appealed against the decision by Justice Okwany and want the court to dismiss Prof Ojienda’s application.

In the appeal, KRA argued that Justice Okwany erred in law by issuing the orders, which were clear violation of section 2 and 72(2) of the Tax Procedure Act and article 201 of the constitution.

“The Judge erred in fact and law by issuing orders, the compliance of which would leave the appellant in violation of the very statute it is mandated to enforce, that is, the tax procedure Act,” reads part of the application.

They also argues that judge Okwany failed to appreciate the statutory impact of a Tax Compliance certificate in this country tax administration system and she usurped the powers of KRA by granting the orders as she did not and without due regard to the provisions of the Tax Procedure Act.

They accused the judge of issuing orders that amount to exonerate Ojienda from tax obligations.

“The Judge erred in fact and law by failing to appreciate that the orders of the 4 of December, 2018 would amount to exonerating the 1 respondent from his tax obligations,” KRA said.

The taxman accused the judge of failing to take into consideration their submissions that there is an outstanding tax dispute as between KRA and Ojienda in which the appellant has demanded an amount of Kshs.443,631,900,00 from the Ojienda hence he cannot be said to be someone who is tax compliant.

They accused the high court of failing to appreciate that orders of 4 December this year were mandatory orders which ought to be in clearest of circumstances and the Ojienda not having met his tax obligations, no such clear circumstances existed.

“By issuing contradictory orders to orders that were already in existence and issued in Nairobi High Court constitution petition No. 377of 2018: Prof Tom Ojienda vs Kenya Revenue Authority and 2 others by court of same standing and jurisdiction”, says KRA.

Taxman argue that by issuing the said orders, she failed to appreciate that granting the orders as she did would leave Kenya Revenue Authority in violation  of orders issued previously.

They submit that the judge disregarded the appellant’s submissions hence arriving at an erroneous finding.

Ojienda yesterday presented his nomination papers to the Law Society of Kenya (LSK) seeking to run for the second term for the position of male representative of the LSK to the Judicial Service Commission.

He said as the LSK representative since 2014, he has met most of the agenda items commissioned to achieve.

“Ours remains the solemn desire to promote and facilitate the independence of the judiciary compounded by efficient and effective administration of justice, transparency and fidelity to the law remaining our yardstick,” he said. 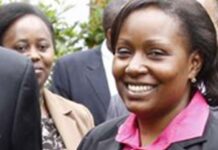 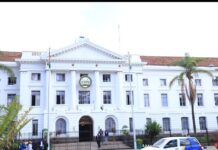 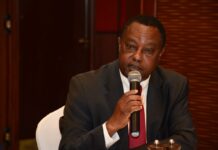