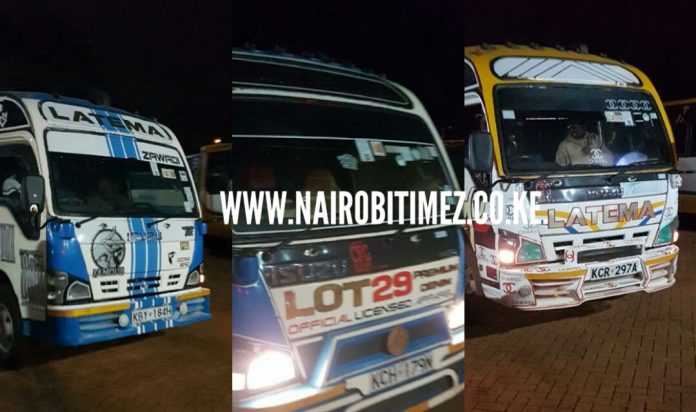 A Nairobi businesswoman who is suspected to have obtained her properties through drug trafficking is facing more trouble in the new year.

This is after Asset Recovery agency filed a petition before the High Court Anti-Corruption division seeking to forfeit her properties that are alleged to be bought from drug money.

In the court documents, the agency wants the court to issue an order declaring Sh 1,788,675.92 held at two city banks namely Sadian Bank and Diamond Trust Bank belonging to Monyani Rose Musanda as proceeds of crime and therefore liable forfeiture to the state.

Further, the agency seeks the court to issue orders of forfeiture of the following Sh 1,462,963.47 million held in Bank Account of Musanda held at Sidian Bank Kangemi Branch, and Sh 325,712.45 held at Diamond Trust Bank, Madina Mall Branch in her name.

“This Court to issue an order that the above funds, motor vehicles and properties be forfeited to the Government of Kenya and transferred to the Assets Recovery Agency,” reads the court papers

The agency through the investigating officers corporal Fredrick Muriuki told the court that Thomas Odhiambo Konduti is the proxy of Musanda under whose name motor vehicle registration number KBY 184H is registered.

“Following the arrest of Musanda on June 14, 2019 at Kinoo, Kiambu County and subsequent arraignment in court on June 17, and charged on June 25, 2019 with the offence of trafficking Narcotic Drugs before Senior Principal Magistrates Court at Jomo Kenyatta International Airport, the Assets Recovery Agency commenced investigations to recover proceeds of crime accrued by her through the illegitimate trafficking and trading of narcotic drugs in accordance with its mandate,” said the investigating officer.

The court heard that during the arrest a search was conducted at the Musanda residence and a total of 796.66 grams of Heroin was recovered from her house situated at Kinoo within Kiambu County.

October last year High Court ssued orders preserving over Sh1.7 million held in the accounts belonging to businesswoman Rose Monyani Musanda, which is suspected to be proceeds of crime.

Documents filed in court show that Sh 1,462,963.47 s being held at Sidian Bank Kangemi Branch while another Sh325,712.45 is being held at Diamond Trust Bank, Madina mall branch under her name.

The court further directed her to surrender the motor vehicles to Directorate of Criminal Investigation headquarters and original logbooks with immediate effect within seven days.

The Director General of National Transport and Safety Authority was also ordered to register a caveat against the records of each of the motor vehicle. The order should be gazetted within 21 days, the court ruled.