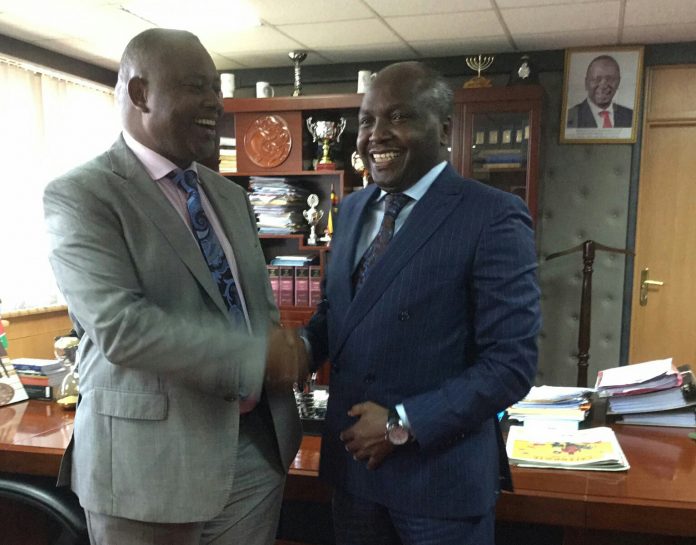 A Prime suspect in the murder of businessman Tob Cohen has lost her bid to punish Director of Criminal Investigations George Kinoti over alleged disobedience of court order.

This is after judge Daniel Ogembo said Sarah Wairimu Cohen who is accused of murdering her husband was in the wrong and that the correct court procedure was not followed.

“I hereby allow preliminary objection by the DCI and struck out the application dated October 15,2019 for failure to follow the law and procedure”, ruled Ogembo.

Wairimu had last year filed an application seeking to cite the Director of Criminal Investigation (DCI) George Kinoti and two other persons with contempt of court.

She said the three should be jailed for disregarding the court’s directive, which had barred all the parties from commenting about the details of the case.

The order was issued by High Court judge Jessie Lesiit on September 16, directing the DCI Kinoti, Prosecution, defence teams and the victims’ representatives to desist from addressing the media on the investigations and evidence alleged or any other information touching on the case.

Sarah accused a local media of publishing a sensational, false and prejudicial articles on the ongoing investigations quoting police investigators and the DCI despite the court order of September 16.

“In the circumstances and in order that sanctity is restored in these proceedings and court orders are obeyed, it is imperative that the DCI, Prosecutor and Kamau are detained in prison for a term not exceeding six months for contempt”, urged Sarah.

In reply to the application by Wairimu through her lawyer Philip Murgor, Kinoti said the two were seeking cheap publicly and an attempt to offer an alternative narrative to the circumstances in the death of Tob Cohen.

The DCI boss through lawyer Donald Kipkorir said the application has nothing to do with the law but a publicity stunt to excite the public with a false and fake alternative narrative of the material circumstances or a love sonnet.

According to Kinoti, the trial court has no jurisdiction to hear the said application since it is premised on the Civil Procedure Act which doesn’t apply in murder hearings.

Further, he said no consent was sought nor granted by the Director of Public Prosecutions to institute criminal contempt proceedings against him.

“No leave of court was or is sought in the application to institute criminal contempt proceedings nor the court issued mandatory 30 days notice to the DCI prior to the filing of the application,” said Kipkorir

Kinoti also informed the court that Wairimu, who is the primary suspect in the murder of Cohen is introducing matrimonial property issues outside the jurisdiction of the court.

He added that it is the duty of law enforcers worldwide to provide full information where crime has been committed.

“Without prejudice, Kinoti is entitled in law to issue public statements in respect to the investigations and subsequent charges of any crime as by law and constitution provided,” said Kipkorir.

The top detective further said the documents in support of the application does not comply with the mandatory provisions of the law.

He termed the application as a calculated attempt at undermining the prosecution and investigations agencies in the material trial.

Kinoti said the court should take judicial notice that Wairimu and Murgor have since before and after the arrest been on every media and forum in Kenya including YouTube giving an alternative narrative of the material circumstances on this case and if anyone is in contempt, it is them.