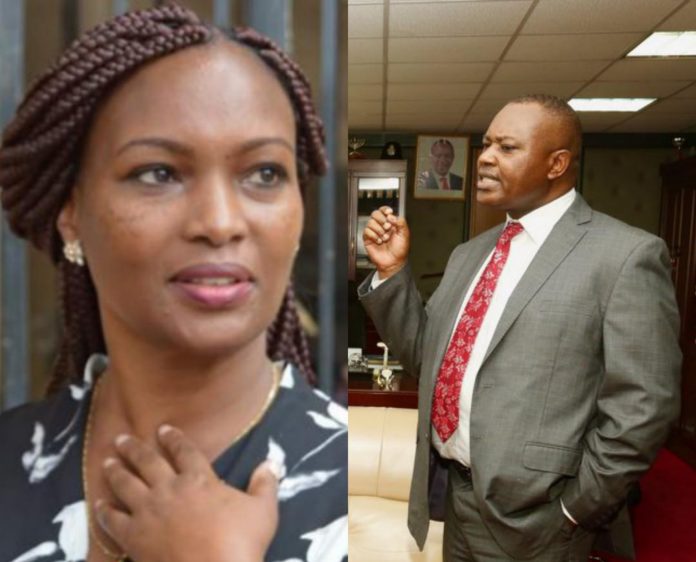 The Director of Criminal Investigations George Kinoti has told the accused in the murder of the late Dutch businessman Tob Cohen that he will no longer entertain her side shows and drama.

The top sleuth through lawyer Donald Kipkor told Sarah Cohen that he is busy together with the prosecution and team of investigators preparing their case to see to it that those who murdered Tob Cohen and threw his body in a septic tank are convicted.

DCI Kinoti reminded Sarah Cohen and his lawyer of her application which sought twenty three orders , which all were dismissed except one which allowed her to pick her handbags, clothes, shoes and grooming tools.

While responding to Sarah’s letter sent through his lawyer Philip Murgor, Kinoti told the accused that the order she referred to was unlawfully extracted to create false  impression that her application was allowed.

“The purported order you refer to was irregularly, unlawfully and mischievously extracted to give a false impression that your application was allowed when the same was substantially dismissed.” DCI told Sarah.

DCI further said the alleged order was invalidated and thus incapable of disobedience.

This is after Sarah’s lawyer Philip Murgor filed an application seeking the murder case against her be mentioned as soon as possible over failure by the DCI and the DPP to obey a court order which allowed his client access to the house to collect her clothes , shoes , handbags and grooming tools.

In the application, they alleged that the DCI and DPP have not facilitated the accused to collect her weary belonging as ordered.

“The DPP and DCI have not facilitated the applicant visit seven days later, despite repeated request by the defence team , proving once the recalcitrant and deliberate disobedience of the orders of the high court.” Says Murgor.

Wairimu’s lawyer says they are on record stating certain elements within the DCI and DPP that have developed a peculiar and extraordinary interest on the property and matrimonial home of his client.

Murgor accuses prosecutor Catherine Mwaniki of continuing to make submissions in the high court about interests of third parties in the property of deceased and suggest that perhaps it is time for her to declare any conflict of interest in case or relationship with third parties and therefore recuse herself.

Sarah also wants to erect a tombstone on the grave of her late husband Tob Cohen at the Jewish cemetery in Nairobi.

In a letter addressed to lawyer Cliff Ombetta who represents Cohen’s family in the murder trial against Wairimu she states that she does not expect any interference from them.