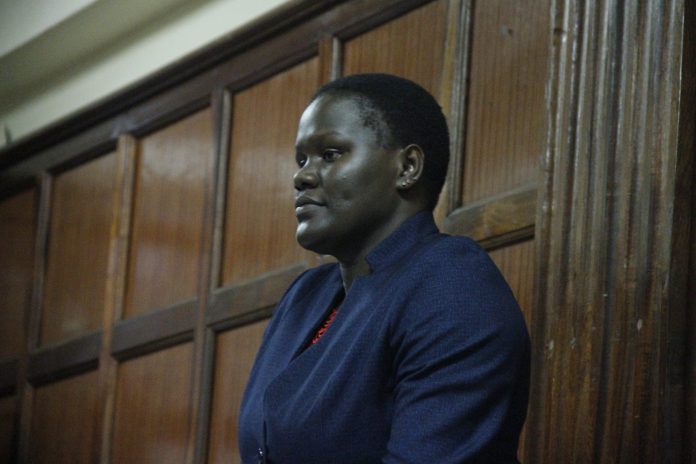 Interior Principal Secretary Karanja Kibicho is not among witness listed to testify in a case where State House Digital Director Dennis Itumbi is charged with making a false document.

Investigating officer Corporal Yvonne Anyango told the trial court that that the PS is not a witness despite being a complainant.

Asked by Itumbi’s lawyer Katwa Kigeni why the decision not to include him as a witness, the officer said it was not necessary to call him. Pressed harder by Katwa, Anyango insisted she doesn’t know why.

“I don’t think it is necessary to answer that”, responded the officer. The investigating officer also confirmed that Samuel Gateri- a co-accused in the matter, was supposed to be a state witness but he was charged after he commented on the letter.

Itumbi has denied charges of making a false document without authority, publishing a false statement and reprogramming a mobile phone.

The officer insisted that Itumbi’s phone had been reprogrammed at the time she was investigating the matter and after reprogramming, they could not find any data.

However Kigen said the messages might have deleted themselves in the phone but the officer said it wasn’t possible.

Deleting messages is not reprogramming, she said.

When asked whether there is any CS known which the letter might have come from, Anyango said it came from a loyal CS whom she does not know.

Anyango was also pressed to explain to the court why she requested the court to detain Itumbi for 14 days to allow her get forensic details when the data only took six minutes to be extracted.

“From the documents we have in court, the process of extracting data only took six minutes but as the investigating officer you asked for 14 days, explain why,” Kigen posed.

She defended the DCI by saying that she consulted with forensic experts who had said it will take 14 days.

When asked about interviewing all the 256 people in the Tanga Tanga group, the officer said she only interviewed four admins who were running the group.

The court heard that the letter had earlier been circulating in another group which was Kiambu forum which the investigating officer did not investigate.

She confirmed that she only investigated the Tanga Tanga Whatsapp group where she obtained the letter from Itumbi’s group.

She said, Itumbi had sent the letter in the group. Another witness an admin of Tanga tanga Whatsapp group Lilian Wamaitha said she came across the letter when she saw discussion in the group.