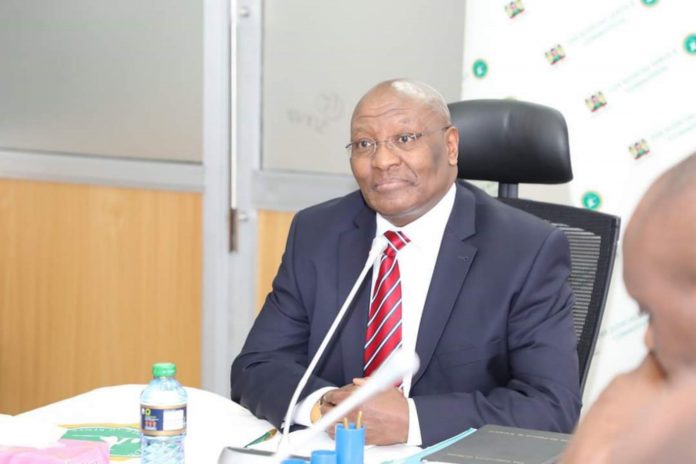 The chairperson of the Women in Business Committee at Kenya National Chamber of Commerce and Industry Mary Nyachae has petitioned the removal of a judge for alleged gross misconduct.

In a petition to Judicial Service Commission (JSC), Nyachae wants High Court Judge Msagha Mbogholi removed after he lifted an order barring the elections which were to be conducted on January 24.

The orders had been issued by Milimani Commercial Senior Resident Magistrate Maryanne Murage.

Through his lawyer Danstan Omari, Nyachae said the court had stopped KNCCI from conducting the election of a chairperson of Women in Business Committee. She wants the judge to be investigated to ascertain any benefit he may have received for taking a deliberate legal misdirection.

KNCCI filed an urgent application and successfully suspended the orders, paving the way for the election, to replace Nyachae.

She claimed that the judge did not even certify the matter as urgent before proceeding to grant the substantive order.

According to the petition, the conduct of the Judge do not only bespeak of grave incompetence but is also suspicious and suspect of ill will, shrewdness and high handedness from the said justice who understandably lacked legal authority to direct as he did.

“It is common ground amongst practitioners in Kenya that all urgent applications filed under a certificate of urgency are filed before noon and thereafter presented before the duty judge for directions on the same day and it is common knowledge that applications filed past noon are heard or are, as practice entertained by a judicial officer the day after and directions issued thereafter”, adds petitioner.

Nyachae argue that the application, having been paid for at 14:47 hours on January 23, 2020, it is impossible that the said Judge would reasonably have entertained it ex-parte on the 23rd January, 2020.

She claimed that the judge entertained an application filed past noon and proceeded to grant very disturbing orders that are contemptuous to the judicial authority granted to the Honourable Magistrate by the Constitution.

“This misbehavior by the Learned Judge reasonably births suspicion about his conduct and his faithfulness to his oath of office and grant of the order by the Learned Justice through a miscellaneous application other than an appeal or review by the trial court demonstrate gross misconduct and unfathomable misbehavior from the judge.” claims Nyachae.

She say the conduct of the judge as shown above, went against all known principles of judicial independence and conduct.

“A Judge shall exercise the judicial authority independently on the basis of the judge’s assessment of the facts and in accordance with a conscientious understanding of the law, free of any extraneous influences, inducements, pressures, threats or interference, direct or indirect, from any quarter or for any reason.” said Nyachae.

She also adds that the judge being intellectually dishonest and selectively applying the law, so as to avoid the outcome borne by a fair application of the law, the named judge breached all known principles of judicial independence and Clauses 4 and 5 of the Judicial Code of Conduct and Ethics.