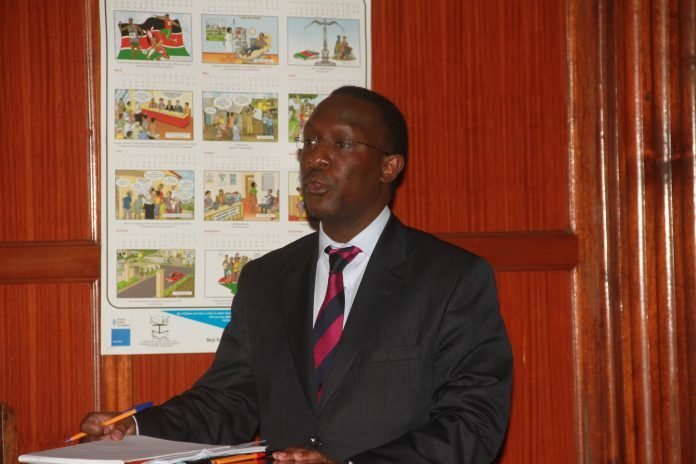 The Insurance Appeals Tribunal has ordered AAR Insurance to pay a bill of Sh3.8 million incurred by a patient about three years ago but which the insurer refused to settle because the policy holder had defaulted on the premiums.

The tribunal chaired by Wambua Kilonzo found that it was wrong for the insurer to cancel the policy because of a notice issued by a third party.

“The Interested Party (AAR Insurance) shall pay the Appellant the entire sum of Kshs. 3,801,924/= being the medical bill incurred by the Appellant’s deceased wife Mrs. Zarina Amirali Mapara at The Aga Khan University Hospital as at 7th June, 2017 less the Kshs.250,000/= already paid”, Ruled tribunal.

The tribunal found that Amirali Hassanali Mohammed had a valid policy with AAR Insurance and its cancellation was not proper and the insurer remained bound by the terms and conditions in the policy document.

“In any event the Tribunal finds and holds that the Insurance agreement between the Appellant (Mohammed) and the Interested Party (AAR) is the principle document and its terms cannot be amended by another agreement,” the Tribunal ruled.

Mohammed filed the appeal before the Tribunal after the Commissioner of Insurance dismissed his complaint saying AAR cannot be compelled to settle the bill.

He had accused AAR of failing to settle a bill of Sh3,801,924, incurred by his late wife Zarina Amerali. Instead, the insurer paid an ex-gratia of Sh250,000 to “lighten his financial burden”

Mohammed said he took a medical insurance policy with the AAR in 2016 covering a number of his family members who included his wife Zarina.

His wife was admitted at The Aga Khan University Hospital for about one month in May 2017. And after she was discharged in June 2017, AAR refused to settle the claim. The tribunal heard that he had a long-standing medical insurance relationship with AAR since 1997.

He said the policy lapsed without any communication from the insurer yet AAR Credit Services Ltd, a sister company of AAR, was still holding his unbanked cheques. Yet the agreement he signed said he should be given 21 days’ notice.

He wanted the insurer to foot at least 50 percent of the medical bill and be compelled to refund premiums paid before the lapse of the policy and the three unbanked cheques.

In reply, AAR said it agreed to service the advanced credit facility failing which the financier would have the policy cancelled.

The cancellation of the policy, the tribunal heard, was purely because he defaulted in payment of premium adding that he was duly notified by the financier. The tribunal heard that through the intervention of his broker, the insurer made the ex-gratia payment.