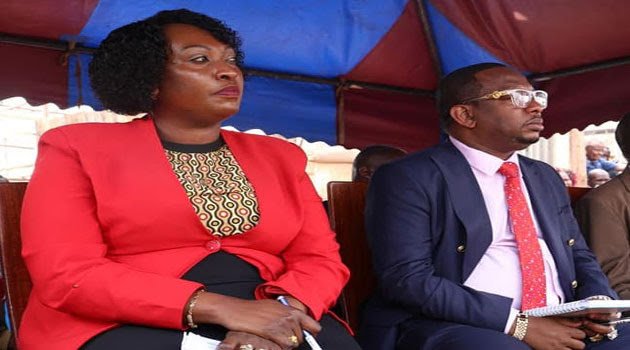 In a certificate of urgency, Kananu states that she was nominated by Governor Mike Mbuvi Sonko on January 6, and the 60 days’ timeline, which is set by standing orders and guided by constitutional functions of the legislature expires on 5th March.
She said High Court judge Mumbi Ngugi directed the case to be mentioned on March 10, which might be too late.

Through her lawyer Joseph Kiarie, Kananu says that the review or setting aside will enable the county assembly to exercise its legislative function and run its legislative process within the ordinary safeguards of the separation of powers. “There is eminent danger after the lapse of the 60 days on 5th March.” Says Kananu.

In his affidavit, lawyer Kiarie said there is a constitutional timeline as to when the county assembly of Nairobi should vet the nominee for the position of the Deputy Governor.

He argues that the nomination and appointment of deputy governor is well guided by the advisory of the Supreme Court among other laws.

“The honourable Judge ought to have taken notice of the constitutional timeline and given a closer date to determine the matter.” He said.

He further said that on several occasions some cartels or malicious people have misled the media and purported that the vetting process is held pending the advisory from the Supreme Court but the top court has always corrected the untrue statements through press release.

“It is clear from the above that the Supreme Court has upheld its position to uphold the doctrine of separation of powers, it has declined to be used as an organ to interfere with other state organs powers.”

According to the lawyer, the County Assembly of Nairobi is a state organ that is protected by the doctrine of separation of powers and the court cannot interfere with its process that are properly guided by and within the law of land.

The lawyer claims that there is foreseeable danger upon lapse of the 60 days in the Nairobi City County noting its current date and prevailing circumstances of affairs within the county leadership.

The lawyer says due to the functioning of constitutional governance the court ought to have been guided by restrained limiting itself to intervention in requisite instances upon appreciating the prevailing circumstances in Nairobi City County, objective needs of the people of Nairobi and public interest.

“It is worthwhile to note that this honourable court and the entire judiciary has once again from past events been put to task to deliver to the people of Nairobi within the short time possible their deputy governor, an office that has been vacant since 12th January 2018. The court should also take corgnisance that the nominee has been cleared by all the other commissions pending vetting by the county assembly of Nairobi.”