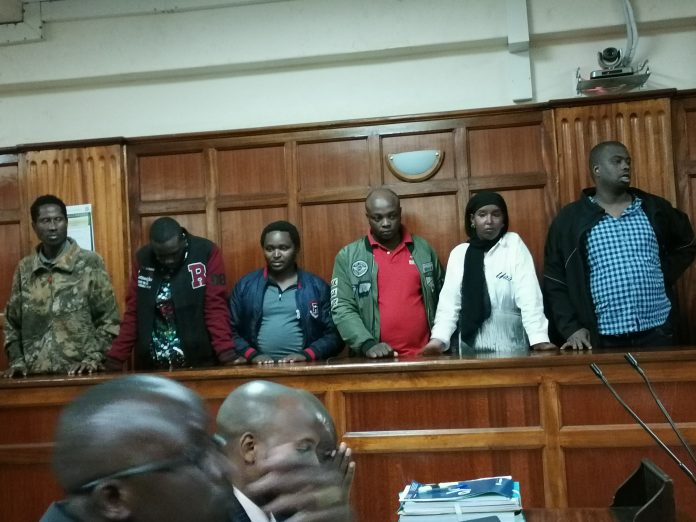 Abdi Kassim Abdi and Anfa Farah Elmi are accused that on February 21,2020 at More Gas limited L.P.G storage and filing facility located along Lunga-Lunga road in Industrial area in Nairobi county jointly with others not before the court were found to have filled 13-6 kgs L.P.G cylinders of K-Gas brand without authority from brand owners to fill.

The two are also charged with filling Pro-Gas, Hashi-Gas and L.P.G cylinders of Oilibya -Gas brand without authority from brand owners to fill.

They were found in a fenced area transporting LPG cylinders using different types of motor vehicles in industrial area Nairobi.

Abdi Kassim Abdi and Anfa Farah Elmi were released on a cash bail of 1 million and the rest sh.100,000 pending hearing and determination of their criminal trial.