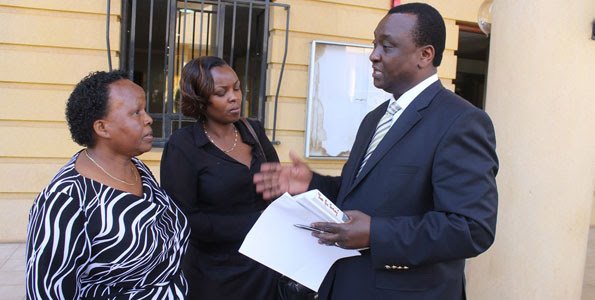 The High Court has awarded the family of the late Tinderet MP and deputy speaker of National Assembly Jean-Marie Seroney  Sh17 million for  damages over his illegal detention by the Moi government.

Justice Weldon Korir declared the arrest and detention of the late fiery MP was a violation of his rights to freedom of expression and conscience as enshrined under section 79 of the repealed constitution.

In the judgment, Justice Korir also declared the treatment in which the late MP was subjected to while in prison was a violation of his rights.

“In my view, a global award of Kshs.17 million is sufficient recompesate for the violation of the stated rights. That is the amount I award as damages in this case,” ordered Korir.

The Judge also ordered the government to pay the costs of the suit incurred by the family.

The court noted that the arrest of Seroney cut shot his parliamentary term, where he also served as the deputy speaker.

Justice Korir said the arrest at Parliament building was a violation of his rights.

He said various of rights was violated by the state and he was incarcerated for more than three years.

Seroney was arrested on October 11,1975 by special branch police within the precints of parliament and held at Spring Valley police station overnight before he was flown to Manyani maximum security prison  where he was detained without trial.

Lawyer Imanyara told the court that his family and lawyer was not allowed to see him as he was held incommunicado.

The family had initially sued Moi but his name was struck out by the court.