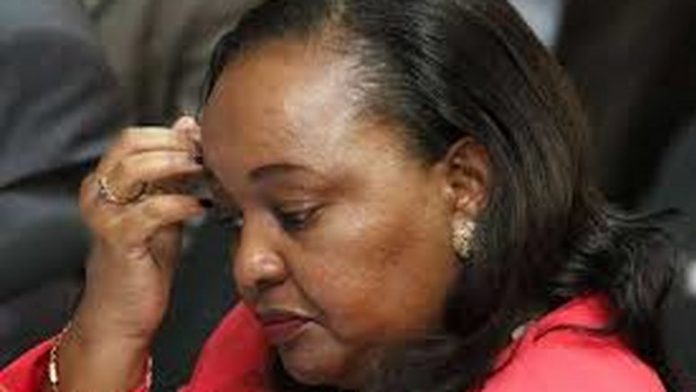 A bid by two Kirinyaga MCAs to compel the High Court to adjourn sittings of the assembly in plan to save Governor Ann Waiguru from impeachment has been dismissed by a judge.

Justice Weldon Korir ruled that the court did not have powers to adjourn the sittings of the assembly.

“The application for conservatory orders is therefore dismissed with costs to the speaker county assembly of Kirinyaga,” the Judge ruled.

But in a separate ruling, the judge stopped the impeachment process after Waiguru argued that she will not get adequate time to defend herself owing to directive of the President banning public meetings.

“I am therefore not convinced at this stage of the proceedings that the applicants are deserving of any orders and the proper order to issue is one dismissing the applicants’ application, and it is so issued,” the judge said.

“What happens if this court closes the Assembly and a need arises to urgently convene the Assembly to debate measures in regard to the Covid-19 pandemic? The applicants who are members of the Assembly are inviting chaos by asking the court to interfere with the operations of the Assembly, ” the Judge observed.

They argued that the reason that occasioned the adjournment of the Assembly was the rapid spread of the Covid-19 disease in the country, and the need to protect Members of the County Assembly (MCAs) and staff as well as the public from infection and also prevent the spread of the disease.

They said the adjournment was effected in compliance with the directive issued by the Covid-19 National Emergency and Response Committee restricting large public gatherings.

They argued that there has been no change in the circumstances to justify the resumption of sittings at the Assembly and instead the spread of the virus has increased despite the deepening of the interventions to contain and control its spread.

According to the applicants, reconvening the Assembly may seriously compromise the national government’s efforts to contain and control the spread of the virus.

Further, that the reconvening of the Assembly poses real and imminent danger of infection of the MCAs, staff and the public who interact with the Assembly.

“If the Assembly is reconvened and they elect to absent themselves from the Assembly in compliance with the directives of the World Health Organization and the Ministry of Health on social distancing and the need to avoid crowds and public gatherings, their right to sit and participate in the proceedings of the Assembly will be threatened in circumstances that are unjustifiable and avoidable”, said the two.

Speaker Gathumbi told the court that the Assembly continues to discharge its constitutional mandate despite the Covid-19 crisis. According to the Speaker, the Assembly has put in place various measures in order to address the challenges posed by the coronavirus.

“These measures include procurement and distribution of protective gear, masks and hand sanitizers to the MCAS. Other measures are the incorporation of the use of technology in its sittings and the designation and gazettement of special places outside the Assembly meeting hall in order to comply with the requirement by the Ministry of Health for social distancing”, added the speaker.

The Speaker further said that the Assembly has employed the use of the media to sensitize the public on the conduct of its business and that members of the public are being requested to submit their views through written memorandum and this will allow them to comprehensively participate in the affairs of the Assembly.

He added that the application has been instituted in bad faith and is an endeavor to stop the Assembly from discharging its constitutional mandate following the issuance of an impeachment notice against the Governor of the County of Kirinyaga.

According to the Speaker, since the issuance of the impeachment notice on 30th March, 2020, there have been concerted efforts from various quarters to try and curtail the Assembly from undertaking its constitutional mandate.

He averred that these efforts are driven by ulterior motives and are contrary to the interest of the public.

He cited a directive issued on April 2, 2020 by the County Commissioner to the Assembly not to have more than ten members in the House at any given time, as one of the attempts to derail the work of the Assembly.