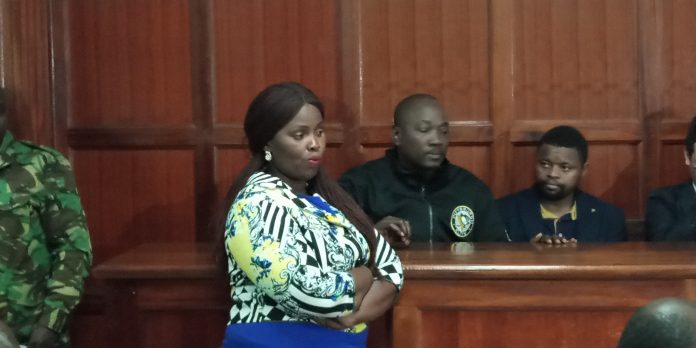 Phyllis Njeri Ngirita has lost an application seeking to be allowed to access her frozen account so that she could pay her child’s school fees.

Njeri had pleaded with the court to allow her access Shilling 700,000 stating that her child had been thrown out of school, yet the money had no connection with National Youth Service (NYS).

Justice Mumbi Ngugi dismissed her petition saying it was an abuse of the court process because another case, raising similar issues, was pending before another judge.

The account at Kenya Commercial Bank (KCB) Gilgil branch was frozen in 2018 on suspicion that she was involved in corrupt transactions.

But she pleaded to be allowed to access the money saying the freezing had caused her hardship and paralysed her children’s education. She added that she was struggling to pay her water, electricity and other bills.

She said that she owed Pembroke International School fee balance of over Shilling 3.4 million. She attached letters from the School, stating that the child would not be allowed back to school until she clears the balance.

Ngirita, whose company Njewanga Enterprises is accused of receiving millions from NYS for goods not supplied, is among several business persons facing graft-related charges.

She is further accused of deliberately failing to pay corporation tax amounting to Shilling 20 million and was released on bond. She has been charged alongside her mother Lucy Wambui, her sister Anne and her brother Jeremiah Gichina.

ARA the orders after the agency convinced the court that they have reasons to believe that the money and part of the family property, were acquired through proceeds of crime, and money obtained from NYS.