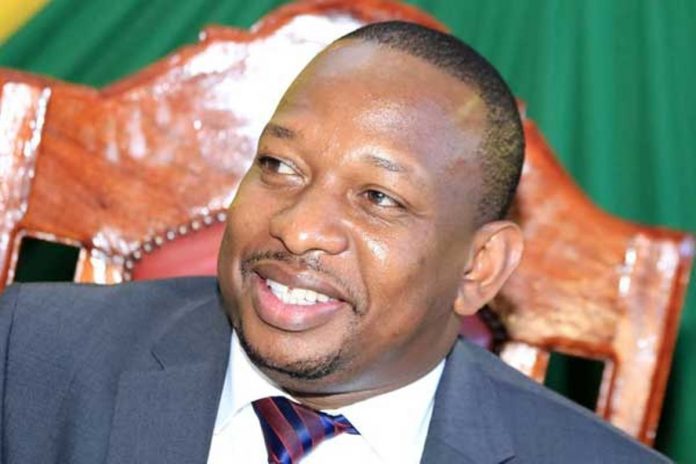 Marble Arch owner Mike Maina has lost his bid to attach Nairobi Governor Mike Sonko’s property and to cite him for contempt in a defamation case.

The businessman had accused Sonko of calling him ‘mkora’ and a land grabber but the High Court dismissed the contempt case saying he had failed to demonstrate a connection between him and the hotel and who was being referred by Sonko.

Judge Jacqueline Kamau dismissed the application saying, “For the forgoing reasons, the upshot of this court’s decision was that the plaintiffs’ (Mike Maina and Muthithi Investments Limited) notice of motion application dated and filed on May 6,2019 was not merited and the same is hereby dismissed.”

The judge ruled that by failing to give a nexus between mkora and Marble Arc, the businessman wanted her to enter the arena and fill the gaps yet the court is an independent arbiter.

“In view of the aforesaid lacuna that failed to show the nexus between the plaintiffs and the said Marble Arch or the “mkora” who was alluded to, the court was not persuaded that it should cite the Governor for contempt of court or sequester his property as been sought,” added the judge.

The judge further the court should not be so overzealous to punish parties merely because their opponents have alleged that they have breached court orders but must be satisfied that such contempt exists.

And in the absence of such proof, the court should decline to grant such drastic orders because they have the potential of restraining a person’s freedom.

The Judge noted that it could not ascertain to who the word “mkora mwengine” referred to or who the person who constructed Marble Arch on a grabbed land.

This was because there was nothing to show the connection between the businessman and Marble Arc.

“The connection may have been obvious to the plaintiffs and those who knew them. However, this was not obvious to the court which was expected to be a neutral arbiter and make determination based on facts that had been placed before it,” the judge said.

The businessman had filed application seeking to cite Governor Sonko for contempt or his property to be attached pending hearing and determination of the defamation case.

He had argued that the Governor had been restrained from making defamatory words or publications in reference to him and his company Muthithi Investments limited.

Governor Sonko opposed Maina’s application terming it as frivolous, an abuse of court process and without merit.

He told the court that Maina did not produce any evidence to support his allegations against him.