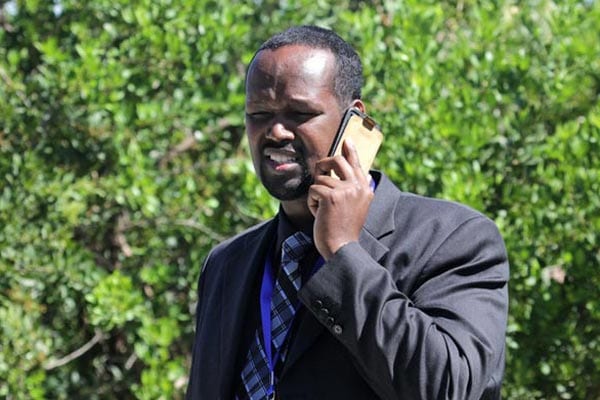 Two residents of Mandera have moved to court seeking to stop the county government from spending over Sh700 million in supplementary budget.

Mohamed Okashi Mohamed and Hassan Ahmed Nur are seeking orders to suspend the implementation of the county’s second and third supplementary budgets for the financial year 2019-2020.

The budget was has been proposed by the county executive committee member for finance and passed by Mandera County Assembly.

“This court do issue an injunction prohibiting and suspending the implementation of Mandera county second and third supplementary budgets for the financial year 2019-2020 by the respondents themselves or agents pending hearing and determination,” the two urged the court.

Mohamed and Nur are also seeking conservatory orders prohibiting the controller of budget from approving the withdrawal of the funds.

Justice Weldon Korir directed the two to serve the governor, Mandera County Government, the county assembly and finance executive committee member electronically and matter to be mentioned on May 15 for further directions.

According to the court documents, the two claim that Mandera County government and it senior officials have committed numerous and various acts in the course of their duties that are contrary to and violation of the constitution.

They also claim that Mandera county assembly has become an extension of the county executive and has time and again been used as rubberstamp decisions by Governor Ali Roba’s administration.

They said the MCAs have absolutely shirked off and abdicated its oversight role and sold for cheap handouts from the county government at a great prejudice to the public who have long lost confidence in both of them.

The CEC also proposed a third supplementary budget of Sh296 million. Both were prepared without subjecting it to public participation but were submitted to the county assembly who hurriedly, clandestinely and in a manner that reeks of impunity and passed the budget without giving it proper consideration.

They argued that the two supplementary budgets do not in any way shape or form prioritize county government expenditure which ensures allocation of scarce resources to those programs which have greatest impacts to the residents of Mandera County.

They said the county should have prioritised improving growth, providing and maintaining employment opportunities, reducing poverty and achieving equitable distribution of resources.

“The grounds given in support of the various estimates were not made and developed without the involvement and consultation of the various technical departments hence the lack of documentation in support and proof thereof,” the two claimed.

They added that the budgets do not facilitate any form of efficiency and co-ordination in so far as its failure to give defined outcomes, priority objectives, expected outputs and performance indicators for the defined programs as provided in the Mandera county integrated development plan of 2018-2020.

The two residents claim that the approved supplementary budgets are avenues of misappropriation, stealing, corruption and conduit to siphon public funds for personal gain since its not based on basic principles that necessitate supplementary budgets for a public entity under section 135 of public management Act ,2015 (PFMA) but it is meant to cover up corruption in waiting.

They argue that the second Supplementary budget Notes for the financial Year 2019-2020 dated February 27, 2020   purports  that  an  amount   of  350  Million  was  established  to  be  payable   as pending bills for the year 2019. The said audit reportwas  neither made public nor provided for scrutiny and authentication   at the point  of passing and or approval  of the subject budget in  contravention  of  section  129  of  the   PFMA  which  stipulates   and   contemplates    the provision  of documentation in support  of budget  estimates.

In the Auditor  General  report, it was noted that on  the  County executive  of Mandera for the year  ended June 30, 2018. that the account  payable  ledgers with  crucial information   such as suppliers names, purchaser  order  number,  date  of invoicing and  amount   paid  and  those  outstanding for  respective  pending  bills were not maintainedwith  the  conclusion  that  “the  legality,  authenticity   and  validity  of  the pending bills could  not  be ascertained.” and questioned how  could the  county assembly approve  an  allocation   for  payment  of  bills alleged  to  be  pending   without

The two claim that the approval contravenes    Article 10(1)   and   2(c)(d) on the  national values    and principles of governance and the purported   approval violates the provisions of Artide 201 of the Constitution on  principles of  public  finance  which inter alia require, openness and  accountability in financial matters and the   prudent  and   responsible use  of public money which   requirements the county assembly  Completely  ignored.

They argue that the 275,000,000 million pending bills in the  second supplernentary budget  is fictitious  and fabricated  to  suit individual  interest  and  steal from  the  public and the proposed pending  bills without attachment of particulars  or the requisite supporting  documents showing  approved list by the  National  Treasury  and  the  County  Executive Committee   from the  10 Ministry  is an avenue  for misappropriation of public money.

They further argue that to fund the second supplementary   budget,  the attorney generalproposed a reallocation  of155 Million  from  the  Ward  Allocations and there  is  nothing  in the  initial budget  tagged  or named   as Ward  allocations  and  the  same cannot  just be reduced without knowing  which allocation   in which  specific ward is being  reduced  to  cater  for  the  current  budget.

“The Respondents’   proposal  to  “reduce  the Ward  Allocations  by 155 Millions”  is testimony that  the  Respondents   have  been  allocating  this illegal allocation   to  Members  of County Assembly without reference  to any Ward  Development   Fund Act, since the  latter  is  yet to be enacted.

They said the action expos-es- certain wards  to a disadvantage   over others  as well as discrimination   since it is  not  possible  to  know  what  allocation  is  being  taken  out  from  a given ward.

They also states that both supplementary   budget  for  the  FY 2019-2020 have been  characterized by  opacity  and  lack of transparency  and  have  been  prepared, considered and  approved by the executive finance,county assembly, the governor and the county government clandestinely  without any form of public involvement and  participation,   amount  to  imprudent use of county  resources  owing  to unverified  and unbacked budget  expenditure and estimates with no supporting    documentsare discriminatory and  skewed   against certain sub-counties and do not comply   with  the requisite  format  contemplated under  the  law.