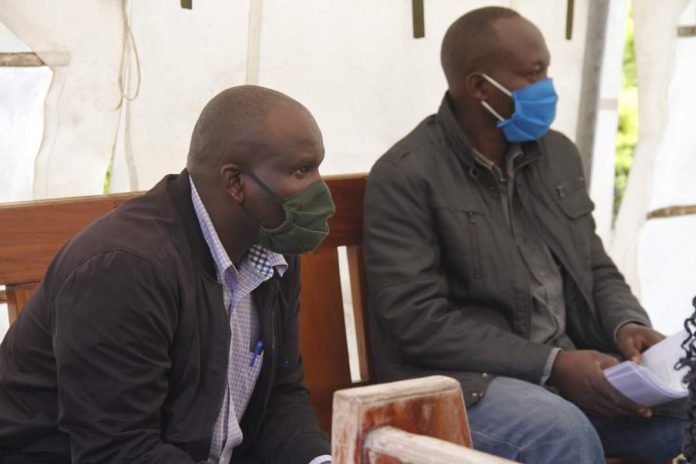 Two Ethics and Anti-corruption Commission officers have been charged before a Milimani anti-corruption court with requesting financial advantage from a traffic officer.

The charges stated that between April 12 and 17, 2018 at Kikuyu township in Kiambu County, being a public officer employed by the commission as a driver Pkemei demanded  Sh110,000 from George Manyala, traffic police officer.

It is alleged that he would then help him terminate bribery investigation the traffic officer was facing.

The matter was being investigated by EACC against Manyala and other officers attached to King’eero police station.

Further, the court heard that Kipyegon and Pkemei received Sh60,000 on April 17 last year from Manyala.

The two are also accused of receiving Sh50,000 from the said traffic police officer to assist him to terminate the investigation.

The two were ordered to deposit cash bail of Sh150,000 or an alternative bond of 3 million each, to secure their release.