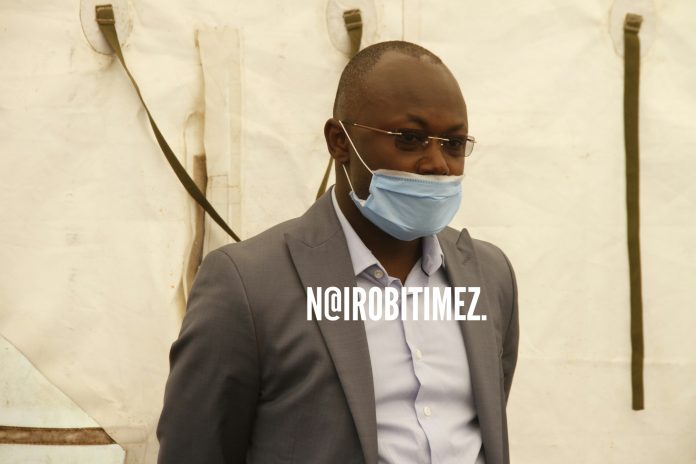 Makongeni MCA Peter Anyule Imwatok has been charged with obtaining over Sh2.19 million from a businesswoman claiming he was in position to sell her a piece of land.

Imwatok, the minority whip at the Nairobi County Assembly, appeared before Milimani Principal Magistrate Kenneth Cheruiyot and pleaded not guilty to the charge.

The court heard that between February 1 and October 31, 2017 in Nairobi with intent to defraud, he obtained Ksh2,190,000 million from Fresky Jepchirchir Bett. It is alleged that he pretended that he was in a position to sell a parcel of land Nairobi/block 155/1/578 a fact he knew was false.

It was further alleged that he was found with 13 rounds of ammunition without a certificate. And he later made a forged certificate, purporting it to be genuine and issued by firearms licensing board. He later presented the said certificate to a Corporal Wambua, with intent to deceive the said officer, yet he knew it was not genuine.

He pleaded with the court to release him on a lenient cash bail saying he was not a flight risk.

The court ordered him to deposit cash bail of 200,000 to secure his release.

The MCA was arrested on Wednesday through a warrant of arrest and spent a night in police cells before he was arraigned. The warrant for his arrest was issued on March 4 after he failed to appear in court as directed.