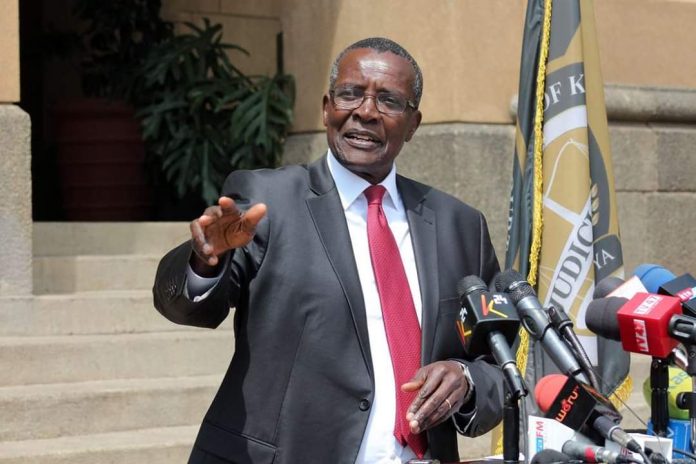 Chief Justice David Maraga has dismissed the Executive Order issued by President Uhuru Kenyatta on May 11, on the organization of the government.

In a statement, Justice Maraga said the functions of the Judiciary cannot be restructured or assigned through an executive order.

“The Judiciary and the Judicial Service Commission are established under Chapter 10 of the Constitution. The order cannot ‘restructure’ or ‘assign’ functions to the other co-equal and co-substantial arms of government and independent commissions,” said CJ Maraga.

Maraga, who is also the President of the Supreme Court and the Chairman of the JSC said Judiciary is neither a Ministry nor a government department to be ‘organized’ by an Executive Order.

The CJ reinstated the independence of the Judiciary enshrined in Articles 171-178 of the constitution. He said it must have been an error.

“I want to believe that this was an inadvertent error and that the office of the President will promptly issue a correction,” he said.