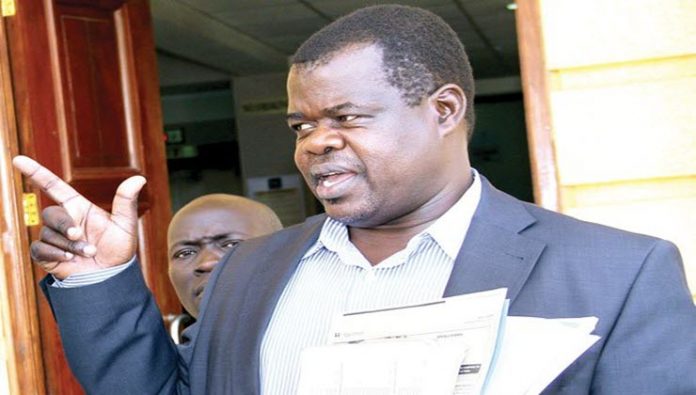 A decision by the Court of Appeal granting the government the leeway to snoop on phone conversations has been challenged before the Supreme Court.

In the appeal, activist Okiyah Omtatah urges the apex court to set aside the decision of court of appeal and reinstate the judgment of Justice John Mativo, which had barred CA from accessing phone data.

Omtatah argue that the appellate court failed to find that the installation of DMS threatens the right to privacy of mobile subscribers.

He further said the court failed to determine if the limitation was by law, pursued a legitimate aim and was the least restrictive measure.

Omtatah said Article 31 guarantees every person the right to privacy, which includes the right not to have information relating to their family, private affairs unnecessarily required, revealed or the privacy of their communications infringed.

He argues that the Court of Appeal erred in law by applying the wrong standard of review on an appeal requiring constitutional interpretation.

Instead, the court applied, drew inferences, findings, and conclusions inconsistent with the evidence on record while ignoring evidence, submissions and pleadings on other issues raised before it.

The activist faults the interpretation and application methodology used by the Court of Appeal to dispose on the matter.

Omtatah argue that though parties argued and the High Court held that the DMS was outside CA’s statutory mandate,the Court of Appeal asserted that all parties had agreed the DMS was in pursuit of CA’s mandate to regulate the mobile communication sector and there was no agreement that the DMS was within the agency’s mandate.

“The Court of Appeal ignored pleadings, evidence and submissions on issues raised in the appeal,” he said.

He added that the Court of Appeal overlooked the fact that CA had already procured gadgets in readiness for installations without consultation and public participation.

In April, Justices William Ouko, Martha Koome and Daniel Musinga set aside the entire judgement by Justice Mativo stating that there was merit in CA’s appeal.

“We therefore set aside the orders of April 19, 2018 and substitute thereor order that, in exercise of its mandate of developing a DMS system, the appellant shall continue with the consultations that were ongoing with the stakeholders and MNOs prior to the filing of the petition so as to complete the technical and customer guidelines on the DMS, ” ordered appellate judges.

The court appeal further directed that the guidelines or regulations should be subjected to public participation.

The three judge bench noted that the DMS was still in its architectural or configuration design stage and consultation with stakeholders Safaricom PLc, Airtel Kenya, Telkom Kenya among others were ongoing.

CA argued that the learned judge erred in fact by failing to appreciate that there was an ongoing consultation process in regards to the DMS between the regulator and the interested parties and further the process had not been concluded.