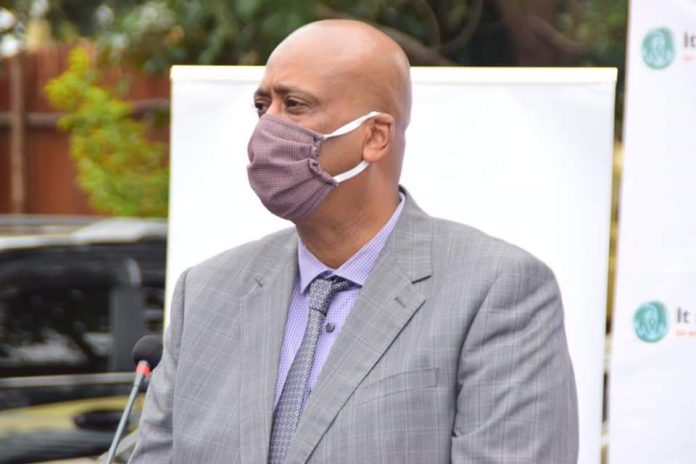 The Director General of Nairobi Metropolitan Service (NMS) Mohamed Badi has been dealt a major blow after the court suspended board members of Nairobi Water Company.

In a ruling, Employment and Labour Relations Court reversed the appointment of individuals Badi had handpicked to replace current board members.

In the suit, the activist is seeking to quash the decision by Badi, which was published in a Gazette Notice on June 17, 2020 effecting changes in the management of Nairobi Water and Sewerage Company.

Badi had through the notice disbanded the current board of directors of the company.

The Activist argued that the matter was urgent since the acts and omissions against the law have been commenced and are the court ought to intervene.

He told the court that NMS director wrote to registrar of companies purporting to terminate the appointment of the current board of directors and replace them with retired major Andrew Ikenye as the chairman, among other changes.

“Mohammed Badi and Nairobi Metropolitan Services have no capacity in law to appoint a parallel board of directors complete with its own company secretary. They cannot appoint the chairman whose appointment under the law is reserved for board members,” Omtatah told the court.

The court further heard that Badi doesn’t have the capacity in law to disband the current board and their claim that the Deed of transfer of functions between the Nairobi city County government and the national government grants them the powers to so act is not supported by the law, Omtatah said.

The board, he said, is supposed to be autonomous and independent in its operations under the law and cannot be achieved where Badi and NMS handpicked and appointed the members and the corporation Secretary.

He added that Nairobi water company limited is regulated under section 77,78 and 79 the Water Act, 2016 and there is a duly appointed board and company secretary in office which under the law cannot be arbitrarily removed from office.

He added that the board cannot be replaced by persons handpicked by Badi.

He added that Badi unilaterally appointed the new chairperson without following the due process, which allows board members to elect a chairperson from one of their own at their first meeting. The move, he said, flouts the company’s own memorandum and Articles of association.

He also said that Badi and NMS purported charges on the board of the Nairobi water company is flawed, irresponsible and an affront on to the Bill of rights, the principles of competitive recruitment, public participation and is contrary to the other express provisions of the constitution.

Directors and staff of the company can only be recruited in a competitive, transparent, fair and open manner that conforms to all other requirement procedures under the law, stakeholders and general public ought to be consulted on the changes.

Omtatah urged the court to intervene and stop the illegal and unconstitutional recruitment.