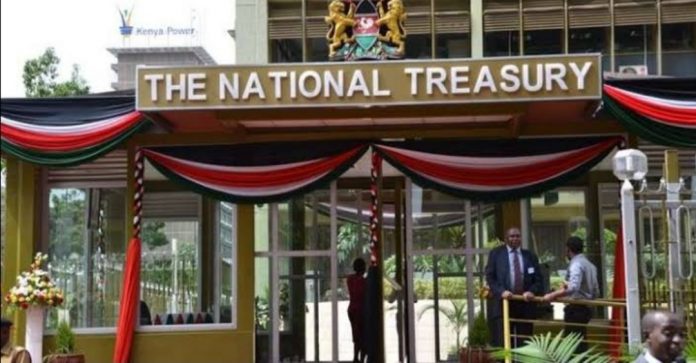 The High Court had frozen four bank accounts belonging to an official at Treasury after the anti-graft body argued that it was above his known legitimate source of income.

This will allow Ethics and Anti-Corruption Commission (EACC) complete investigations. The four accounts hold a total of Sh41 million.

The court also barred Mutiso from dealing or transferring four parcels of land in Nairobi, Donyo Sabuk and Matungulu in Machakos County and a motor vehicle.

The court heard that Mutiso is a deputy director external resources at Treasury and has accumulated assets that are disproportionate to his known legitimate sources of income.

One of the accounts at Co-op Bank holds Sh2 million, while another at Absa holds Sh20.1 million. In yet another account, at Absa account Mutiso has deposited Sh16,403,633 while a fourth account at KCB has Sh3,249,300.

EACC moved to court saying it was apprehensive that in light of the ongoing investigations, Mutiso might transfer the funds, before investigations are complete.

An analysis of his accounts revealed in January 8, 2015 he made two deposits of Sh400,000 and Sh300,000 just three days apart. He was also not making withdrawals from yet deposits were made three times a month.

EACC said Mutiso has accumulated assets that are disproportionate to his known legitimate sources of income.

“The intended civil recovery proceedings will be rendered nugatory if the assets reasonably suspected to constitute the proceeds of corruption and economic crimes are allowed to dissipate,” the agency argued.

The commission said investigations are likely to take some time given the time period for which the investigation is being carried on, the colossal amount of assets and funds involved, the multiplicity of transactions and the possible numerous illegal acts or offences involved.

“In the absence of an order under Section 56 aforesaid and the respondent being aware of the nature of investigation and possible consequences thereof, there is nothing to prevent him from dealing with the properties in the intervening period by transferring, disposing of or wasting the same, to the detriment of the public and the agency,” Ms Rosslyne Murugi, an advocate with EACC said.