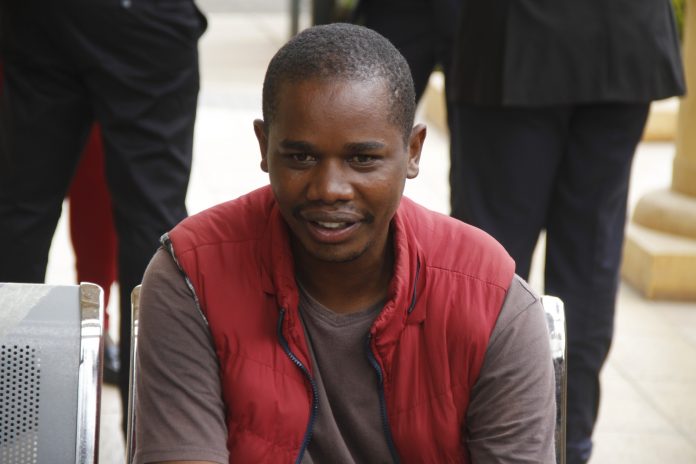 A freelance journalist who posted on social media that Interior CS Fred Matiang’i is admitted to ICU suffering from Covid-19 will be detained for two days as police complete investigations into the case.

Although the police had sought to detain Isaac Kibet Yego for 14 days, Milimani Chief Magistrate Martha Mutuku rejected the application and ruled that two days was enough.

“I have carefully considered the submissions and taken into account the nature if investigation for forensic the prosecution has the gadget and does not require a total of 14 days. I will only allow two days to enable investigating officer to complete investigations,” ruled Mutuku.

Investigating officer Nicolas Ole Sena said that he was investigating the case over alleged publication of false information by the journalist between July 23 and 24, 2020.

He claimed that the post was false and was made with intent to cause alarm and panic to citizens in the wake of the Covid-19 pandemic in the country.

The officer further claimed the screenshots if the same had quickly made it way to various social media platforms including twitter whereby a hash tag #matiangiicu started trending.

“After the post started spreading through various social media platforms the poster pulled the said post down but we intend to recover through forensic analysis,” he said.

He claimed that the journalist might interfere with investigations by deleting vital evidence from the Facebook page and the website, if released on bond. He further told the court that they have submitted his phones and computer for forensic examination.

However, Kibet lawyers opposed the application vehemently claiming it an infringement of his rights. They said if police wants to recover forensic material, the suspect has nothing to do with it.

“Kibet has nothing to do with facebook page, he is ready to abide with all the conditions set by court,” he said through his lawyer.

The freelance was arrested on Saturday in Nigeria within Eldoret in Uasin Gishu county.