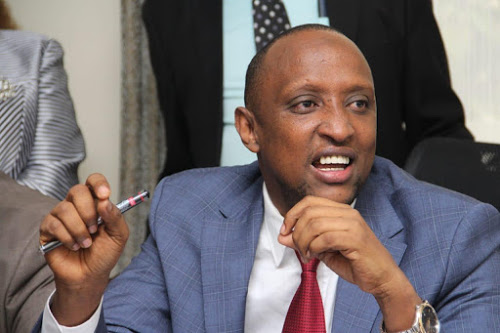 The High court has lifted a decision by the Nairobi County Assembly to suspend Majority Leader Abdi Ibrahim Hassan Guyo.

Guyo, the Matopeni Ward MCA had been suspended for one year after allegedly missing 11 consecutive sittings.

The Nairobi County Assembly Select Committee on Powers and Privileges found that Guyo had missed sittings between January 2020 and March 2020.

But after moving to court, the High Court suspended the decision and allowed the MCA unrestrained access to the assembly.

“For avoidance of doubt, the Petitioner shall have unrestrained access to the Assembly and its precincts and shall enjoy all privileges and benefits pertaining to the office of a member of the Nairobi City County Assembly pending the hearing and determination of his petition,” the court ruled.

Last month, Guyo got temporary orders stopping his suspension but the Assembly went ahead and suspended him. The committee also removed him from all committees.

In his ruling, Judge Weldon Korir said it was in the public interest to allow Guyo’s application belifted  allowed on the grounds that the residents of Matopeni will have no representation during the four months he will be out of the Assembly.

“He has indeed already suffered prejudice following his expulsion from the Assembly as a result of what he alleges is a flawed process,” the Judge noted.

In his view, the case before him calls for interrogation during the hearing of the petition because Guyo claims that there was no formal complaint regarding his alleged no-attendance of more than eight Assembly sittings.

However, the judge declined to find Speaker Beatrice Elachi to be in contempt of court for going ahead and suspending him from the assembly even though there was a court order barring her from making the decision.