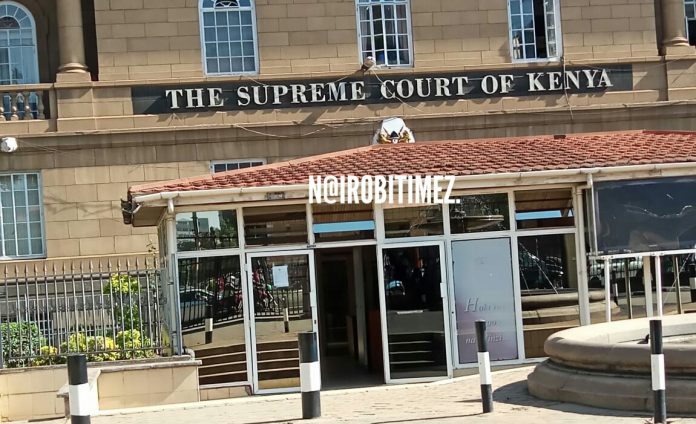 The Supreme Court has upheld the right of victims to actively take part in criminal proceedings aside from representation of the Director of Public Proceedings (DPP).

In the decision, the country’s top court sanctioned the move to allow victim’s family through their lawyer, to present their views in a criminal trial separate from what the DPP presents.

A five-judge bench comprising Chief Justice David Maraga, justices Mohammed Ibrahim, Smokin Wanjala, Njoki Ndungu and Isaac Lenaola held that victims too have a legitimate interest in the court’s exercise of its jurisdiction.

The judges dismissed an appeal by murder suspect Joseph Lendrix Waswa who protested against a decision to allow victim family’s lawyer to take part in the criminal trial.

The Supreme court noted that the purpose of criminal proceedings is to hear and determine whether the accused has engaged in conduct which amounts to an offence and, on that account, is deserving of punishment.

They added: “Thus, the rights of the accused cannot be considered in isolation without regard to those of the victim. The Criminal Justice system should cultivate a process that inspires the trust of both the victim and the accused.”

However, they said, a victim cannot and does not wear the hat of a secondary prosecutor.

“Victim participation should meaningfully contribute to the justice process. It must be noted, however, that this does not mean that the court’s judgment will follow the wishes of the victim,” the judges said.

The high court had permitted counsel engaged by the victim to participate in the trial against Waswa.

Waswa was aggrieved by that decision and filed an appeal, but which was dismissed too.

Waswa was charged with the murder of a 22 year-old Mombasa university student Mitch Barasa Kibiti on August 30, 2013, at Kimilili sub-location.

Waswa allegedly shot the university student at a bar in Kimilili town. The case has stalled for six years.

Nine witnesses had testified when George Marunga, counsel for the family of the deceased made an oral application to be allowed to take part in the trial.

Trial Judge Abida Ali Aroni ruled that the law has shifted from the traditional parameters of a victim in a criminal case and therefore a victim’s counsel can no longer be considered a passive observer in criminal trials.

The Judge noted that the victim lawyer’s participation cannot be parallel to that of the prosecutor.

Waswa challenged this decision saying the judge introduced a non-existent right by elevating the position of a counsel watching brief to status equal to the constitutional office of DPP.

In his view the judge in a way attempted to amend the constitution by concluding that the powers of the DPP are to be exercised collegially with counsel watching brief.

The appeal court in May 2019 dismissed Waswa’s appeal.

It held that constitutional right of an accused person to a fair trial should be balanced with statutory rights of a victim of the offence.

The court held that both statutory and constitutional role of DPP to conduct the prosecution was not affected by the intervention of the victim in the process.

Aggrieved by that decision Waswa filed another appeal before the Supreme Court.

He said the judges both at the high court and appeal court level misapplied the constitution on rights of an accused person and victims of an offence.

In his submissions he said victims are not required to disclose exculpatory evidence in their possession which may be to the detriment of the accused person who might otherwise benefit from it.

The DPP submitted that the high court rightly considered the provisions of the constitution.

The prosecution team further added that the orders of the high court in the matter which allowed the victim’s counsel to actively participate in the trial were not meant to operate in a vacuum or open ended as contended by Waswa.