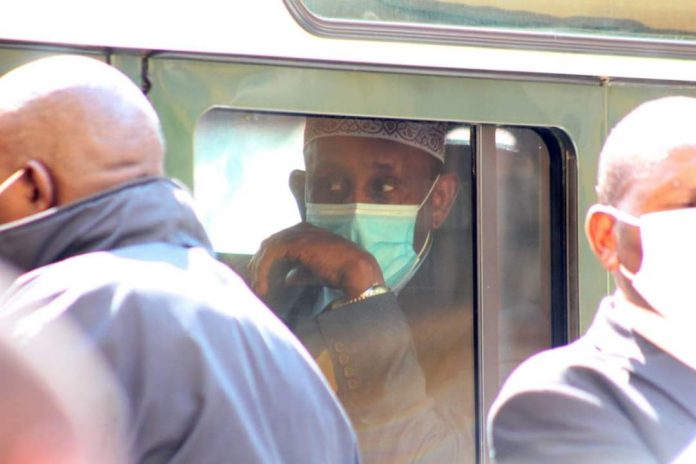 The Governor was whisked by the Ethics and Anti-corruption Commission (EACC) officers amid chaos caused by his supporters who did not want photographs and videos of him taken by the media.

Korane was kept inside a police land rover from 2 pm until 4.30 pm at the Milimani Law courts parking where police were trying to maintain order as the supporters threatened the media.

However, he is still expected in court tomorrow morning together with his co-accused to plead to corruption charges.

The DPP approved the charges as recommended by EACC after a probe into the matter.

The five will face charges of willful failure to comply with the laws relating to management of public funds, misappropriation of public funds, abuse of office among other offences in relation to the Sh233 million World Bank funded Kenya Urban Support Programme (KUSP) project.

The money was meant to support municipalities, re-carpeting of Garissa Township CBD roads, construction of Qorahey market, the construction of stormwater drainage and pedestrian walkways.

Instead, the money was allegedly diverted by the officials.