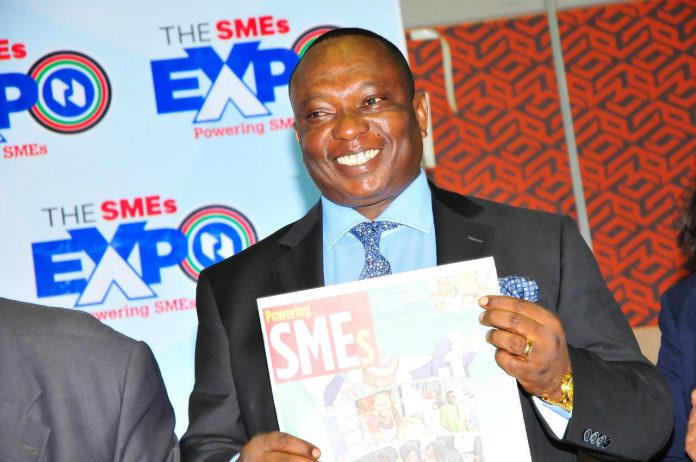 Abdirahman Mohamed Abdille wants Ngatia found guilty of disobeying court issued on May 7, 2019 barring him from effecting any changes of chamber officials in Wajir pending the hearing of a case he filed.

Justice James Makau had issued temporary injunction barring any changes at the Wajir branch after abortive elections of April 25.

“That on June 19, 2019 the president of KNCCI Richard Ngatia in violation of the court order wrote to the governor of Wajir Mohammed Abdi Mohamud purportedly introducing new officials of Wajir county chapter of the chamber,” reads the court papers.

The petitioner claims that the he remains the incumbent chairman of KNCCI in Wajir by virtue of the court order.

Through lawyer Ochieng Ogutu, Abdille also accused Ngatia of blocking him from accessing the county chamber website by changing the county password and giving it to Abdullahi Abdi Hersi.

Abdille moved to court in July last year to block elected officials of the 47 Counties Chapters of the KNCCI from assuming office over alleged electoral malpractices.

In his petition Abdille argues that only five chapters did proper elections while the remaining 42 were riddled with numerous electoral malpractices as ineligible candidates and unlisted members were allowed to take part in the elections.

Abdille stated that Wajir County presented five candidates all vying for the third time for positions they held for the last for two terms contrary to KNCCI electoral rules.

According to the petitioner, the elections created a stalemate and disagreement amongst the 349 listed members hence causing chaos during the elections.

Abdille, sought to have the candidate elected for national director for North Eastern region in the concluded KNCCI elections barred from assuming office and change of officials of Wajir County KNNCI stopped from being made until the suit is heard and determined

He adds that in February and March this year the president of the chamber facilitated the opening of a bank account with National bank Wajir branch for the officials purported elections is being challenged in court in violation of the court order. Ngatia is said to be one of the signatories of the account.

Abdille has further accused the president of the chamber of opening a parallel office for the new officials who election has been challenged in court.

“Ngatia willfully and deliberately disobeyed, breached, violated and ignored the court order and is in contempt of the same and should be punished accordingly,”says Abdille.

He says that punishing Ngatia for contempt of court will safeguard and preserve the integrity an authority of the court and the entire judiciary in the administration of justice.