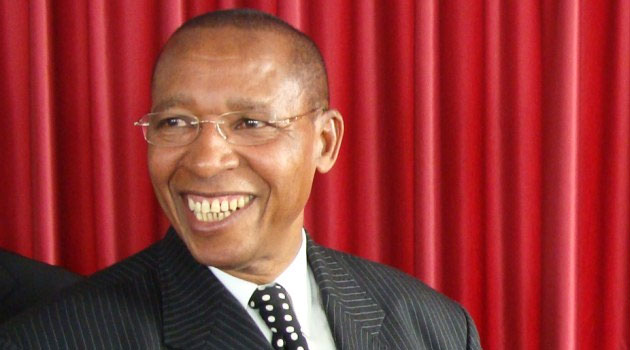 The inquest into the death of former Minister and ex-Makueni Senator Mutula Kilonzo has ruled out foul play.

The former flamboyant politician died in his sleep on April 27, 2013 at his expansive Kwa Kyelu ranch in Machakos County.

“I have evaluated all the evidence presented to court through this inquest and I’m in agreement with the State that there is no evidence pointing to any person having had a hand in the death of the late Mutula Kilonzo,” Machakos Senior Resident Magistrate, B. Bartoo, said in the ruling.

“I hereby order that this inquest, in line with Section 386 of the Criminal Procedure Code, be closed with no further police action unless any new evidence is unearthed,” the Magistrate reasoned.

The court discounted allegations by the fallen politician’s family, led by his eldest son and political heir, Senator Mutula Kilonzo Jnr, who cried foul and claimed there was a cover-up into the sudden death.

“The family of the deceased and indeed many Kenyans, treated this death with a lot of suspicion. It is important to note that there was no evidence presented pointing a finger to any individual, ” the court pointed out.

The Magistrate said the family of the deceased did not provide evidence in the form of threatening messages sent to the former Minister before his death. There was no mention whether his home had security cameras and watchmen, he said.

Interestingly, the deceased was alone in the house. His cook, Mulwa Mulee, who served him food the previous night, did not testify at the inquest.

The court said the family and a team of pathologists had confirmed there were no external injuries on the body of the late Mutula. “The post mortem examination report confirmed that many of his internal organs had raptured, resulting in massive bleeding,” the court observed.

The team of pathologists, including renowned British Prof Ian Galder, had ruled out presence of poison in the tissue samples but confirmed traces of prescription drug Pseudo Ephedrine. It is mostly used as a decongestant to nasal cavity, anaesthetic or to stimulate the heart of a patient with low blood pressure.

“The doctors were of the opinion that the drug, taken with caffeine found in the Pepsi can, had fatal consequences,” the Magistrate said.