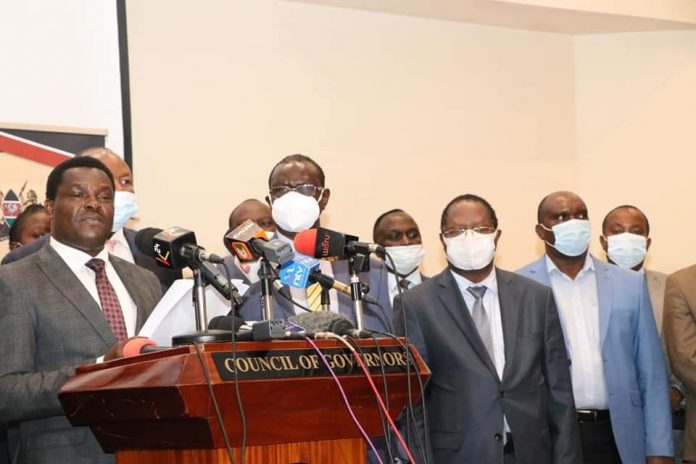 The Council of Governors has sought to join a case challenging Crops (Tea Industry) Regulations 2020.

The Agency is accusing the CS for releasing an implementation timeline for tea reforms before they are approved by Parliament.

And COG wants to join the case arguing that counties have an identifiable stake in the matter and stand to suffer prejudice if the matter is heard and determined in their absence.

“It is in the interest of justice that the orders sought are granted forthwith,” reads the court papers.

The council claims that the petition is an alleged constitutional violation by the Munya led Ministry which have been introduced by the crops (Tea Industry)Regulations 2020 as part of the ongoing reforms in the Tea sub-sector without the involvement of the County Governments.

They say that if enjoined in the petition they will articulate their interests in the case adding that their joinder shall not occasion any prejudice to the parties in the petition.

The ministry in the regulations want directors in tea factories to be limited to two with each factory having a company secretary.

The ministry also proposes that buyers pay before carting away tea to ensure farmers’ money gets to individual factories’ accounts.

The regulations were initiated in January and are aimed at addressing corruption and exploitation of farmers as well as conflict of interest in the management of the tea value chain.