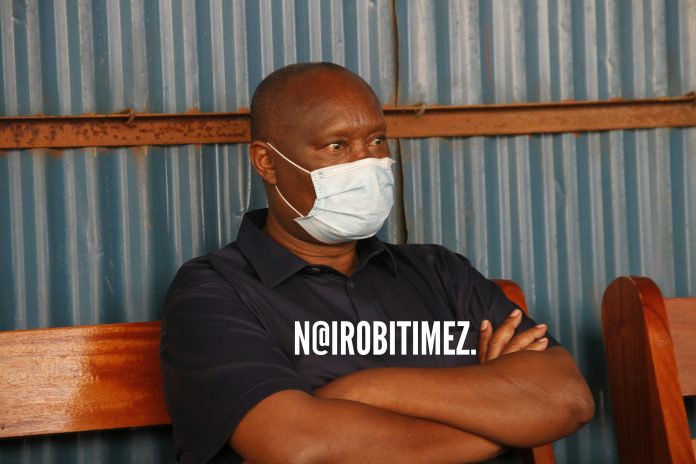 Director of Public Prosecution Noordin Haji has asked the court to dismiss an application by Busia Governor Sospeter Ojaamong seeking to declare a corruption case against him a mistrial.

In response to the suit filed by Ojaamong and five others, the DPP says that the petition is an effort by the accused persons to avoid trial, which is ongoing before the Chief Magistrate Douglas Ogoti.

He said the accused persons are desperately seeking to avoid the trial at all costs due to their inability to mount any credible defense against overwhelming evidence presented against in the course of the trial.

According to the prosecution the accused persons have litigated on the same matters and issues that they are raising again a clear abuse of the process of the law.

“In the circumstances, the prosecution avers that this Petition is res judicata and fits the bill for dismissal on that basis and it is nothing more than an abuse of the process of the court,” reads the court papers.

Ojaamong said he had suffered a mistrial when the prosecutor threatened and intimidated his witness, forcing one of them to drop out.

However the DPP has denied the grounds raised by the governor and his co-accused saying that that there is no misconduct at all, nor any procedural error that has occurred in the proceedings to warrant a mistrial.

Through state lawyer Grace Murungi, the DPP said he has not concealed any documentary or any other evidence to the detriment of the accused persons including specific procurement plans and budgets relevant to the case as alleged by the Busia boss.

“That the rulings delivered by both the trial court and the various high courts that were involved are matters that may be challenged by way of appeal or review or through the process provided for under the law but are not matters that can be addressed through a constitutional petition,” argues DPP.

Meanwhile the prosecution further took issue with the defence saying that the Petitioners are recording the proceedings for purposes of witness coaching, which they argue that it is irregular and unlawful.