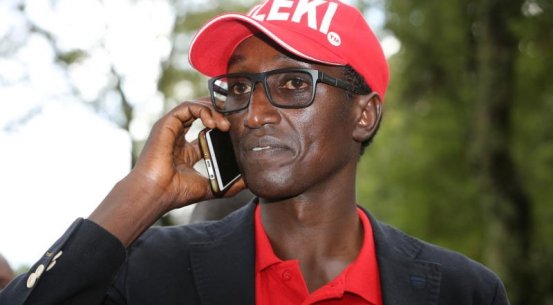 A fight between two law firms has derailed plans to settle a Sh105 million debt between politician Zedekiah Bundotich Kiprop, popularly known as Buzeki and a warehousing firm.

“That given the contents of the letter, the defendant is left with no option but to request this court to allow the firm of Gikandi & Company advocates to formally come on record and take over the case from P.I Samba & Company Advocates,” stated an affidavit of Diana Bundotich.

Gikandi Ngubuini has supported the application saying he will proceed with the deal and settle the dispute fully and amicably.

“In the circumstances I seek for permission to come on record in this matter and be allowed to fully represent the defendant’s best interest,” Ngubuini said.

He was handling the matter jointly with P.I Samba. Which the latter doesn’t want joint representation. Diana Bundotich.

In the dispute, Landmark had sought to auction some 53 trucks and trailers belonging to Buzeki over a debt of Sh105 million.

Justice Msagha Mbogholi had last year allowed Landmark to auction the vehicles to recover the money after Buzeki reneged on a mutual agreement recorded in court in November 2018 which required the company to settle its debt in monthly installments.

The debt stems from a deal in which Buzeki agreed to sell two pieces of prime land worth Sh340 million in Mombasa County to the warehousing firm in August 7, 2015

Landmark paid Buzeki Enterprises Sh105 million for the deal in which the transport firm was expected to discharge a mortgage accrued in one of the properties after receiving the deposit but failed to do so. Buzeki later asked Landmark to review the agreement, forcing the latter to demand a refund of its money.

Landmark moved to court and successfully managed to attach the 53 trucks and trailers in contention.

In the consent to be filed in court, Buzeki had agreed to pay a first instalment of Sh45 million. Subsequently, the transport firm would pay a monthly instalment of Sh2 million on the 16th of every month, until payment in full.

Buzeki was also required to withdraw an appeal, which is pending before the Court of Appeal. The parties had also indicated that failure to honour the deal as agreed would signal Landmark to auction the lorries.