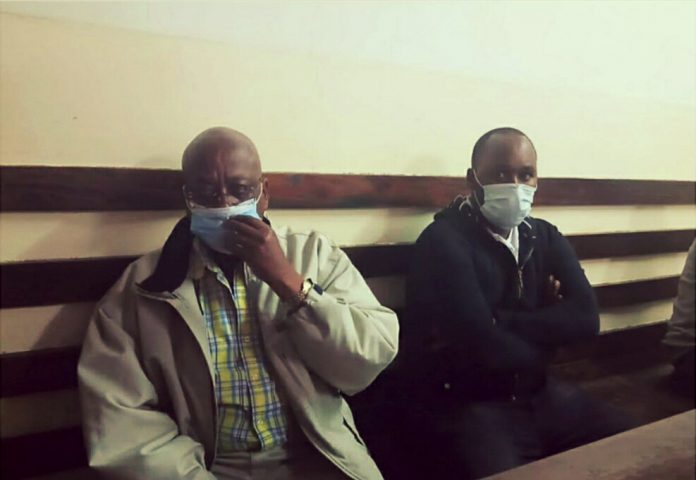 Two directors of Milestone Games Limited have been charged with inviting members of the public to use Sportpesa paybill numbers without a license.

The charge stated that on October 30, the duo, jointly being officials of Milestone Games Limited invited members of the public to use brand Sportpesa paybill numbers.

The court heard that the two top managers invited the members of public to use brand Sportpesa and Sportpesa website to bet without license from Betting Control and Licensing Board.

Prosecution has listed four witnesses including chief inspector Wanga Wasake, an officer at the Directorate of Criminal Investigations.

The two were arrested after detectives obtained a court order barring the campany from using the paybill belonging to former betting giant Sportpesa company.

While seeking to suspend use of Sportpesa paybill by Milestone Games Limited, police told the duty court that they were investigating fraud claims against betting firm Sportpesa hardly two days after the company announced its comeback only for a government agency to deny claims that the firm has been licensed to trade.

In a case filed before a Nairobi court, the DCI also sought an order compelling giant telco Safaricom to furnish detectives with details of the owners of paybill numbers, shortcodes and USSD, which were used by the company.

In the application certified as urgent by Milimani Senior Principal Magistrate David Ndungi, the police said the company was licensed by BCLB to carry out betting and gaming operations.

The license however, was later changed from Milestone bet to Sportpesa without authorisation by the Board.

Later, Milestone said it had been authorized by Sportpesa Global Holdings to trade under the name Sportpesa and also use the domain names, paybills and short codes previously used by Pevans E. A. ltd, the company that used to trade as Sportpesa.

“The board is of the view that the said paybill numbers are being used in fraudulent gaming activities. We therefore request to conduct investigations as to how these paybills, USSDs and short codes were activated and transferred from Sportpesa to Milestone Games ltd,” the application said.

According to the police, BCLB was apprehensive that Kenyans are being defrauded by Pevans E.A ltd and Milestone using the numbers provided by Safaricom.