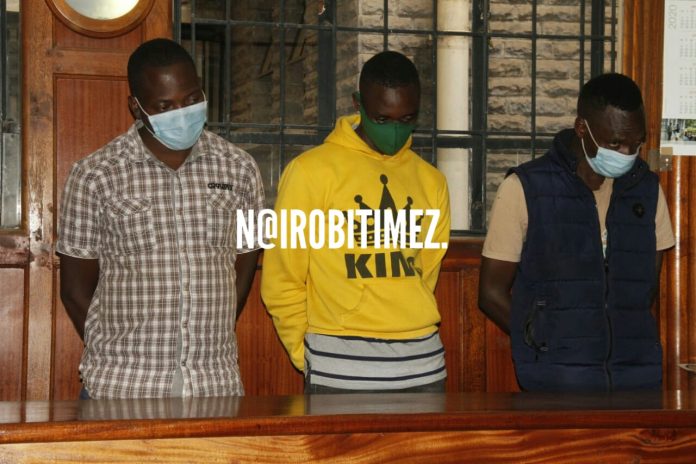 Three men have been charged with impersonating an employee of the Parliamentary Service Commission (PSC).

The trio are accused of impersonating Captain Peter Isaboke Nyareru, an employee of PSC.