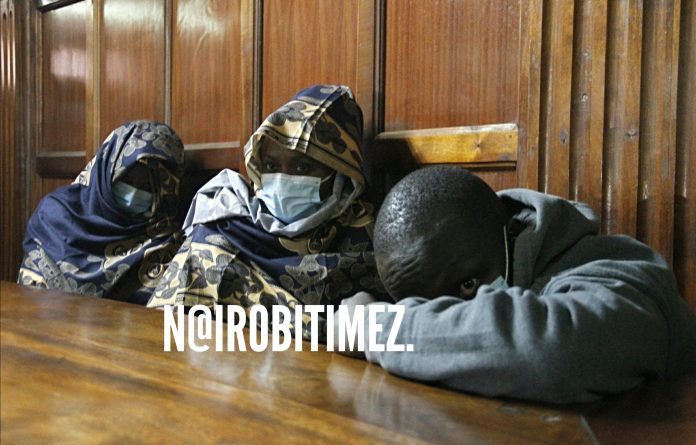 A Nairobi court will rule tomorrow whether to detain three suspects arrested in connection to the child trafficking syndicate aired on BBC news.

Senior Resident Magistrate Bernard Ochoi ruled that the submissions by the suspects’ lawyers were lengthy and therefore needed time to write the ruling. The prosecution wants the trio detained for 10 days.

The suspects Makallah Fred Leparan, Chief Executive Officer Emma Mutio and the hospital administrator Regina Musembi, all employees of Mama Lucy Kibaki hospital were arrested on November 17 on suspicion that they were engaging in child trafficking contrary to section 4(1)(a) (3) of the counter trafficking in person act of 2010.

Ms Mutio through lawyer Danstan Omari opposed the application said the state has indicated that they recovered two children, after a report on the disappearance of two children was made at Soweto police station.

“Are we mere puppets upon receiving foreign investigations we move with speed, I urge this court that there is no compelling reason given by the state for further detention of the accused persons,” Omari said.

He said the CEO was transferred to the facility on June 2, after the alleged incident.

The alleged offence was broadcasted on BBC news on November 16, 2020 and from the said broadcast Leparan is seen negotiating with an undercover journalist in a well-planned plot to sell a child who had been abandoned at Mama Lucy hospital.

The police want the court to grant them orders to detain the three for ten more days in order to complete investigations.

“The suspects’ fixed places aboard are not yet known and therefore are potential flight risk if released before investigations are completed,” said Chief Inspector Wanga Masike.

Leparan is seen receiving a substantial sum of money after handing over three abandoned children to the journalist.  The children were later found at Imani rehabilitation agency.

Mutio and Musembi are believed to have aided Leparan in the commission of the said crime.

The police believe that this is a well organised criminal gang that is operating within the country whose other players are yet to be established. The court heard that a search is ongoing for several other children believed to have been trafficked.

Investigations by police, the suspects hold crucial information and the potential to interfere with investigations if released on bond before being charged.