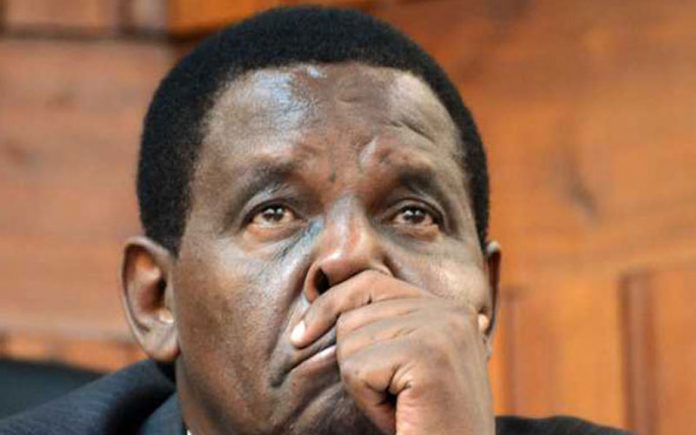 The Supreme Court will give directions on December 7 on the appeal by sacked High Court Judge Martin Muya.

The matter was postponed yesterday when veteran lawyers Fred Ngatia and Philip Nyachoti, for the aggrieved ex- Judge, were expected to disclose the status of their preparation.

The two advocates had previously appeared before the Supreme Court Deputy Registrar, Daniel ole Keiwua, and applied for time to finalize their formal arguments.

The court’s registry explained to Justice Muya’s lawyers and the Attorney General that the proceedings had been taken out due to unavoidable circumstances.

The AG is representing the seven-member tribunal that recommended the removal of Justice Muya from the bench for gross misconduct.

Muya petitioned the Supreme Court to block his removal from the bench early this year for alleged gross misconduct.

The aggrieved Judge through lawyer Philip Nyachoti is challenging the findings pronounced against him on March 17 by the seven-member judicial tribunal, chaired by retired Appellate Judge Alnashir Visram.

The recommendations by the team were subsequently presented to President Uhuru Kenyatta on March 20 at State House in Nairobi, effectively sealing the fate of the long-serving judicial officer, who rose through the ranks from the magistracy.

The tribunal concluded that Justice Muya was guilty of gross misconduct by his delay in delivering reasons for his ruling dated May 30, 2017 in a commercial dispute while sitting in Bomet. But the Judge had justified his professional handling of the civil suit, in which his decision has never been challenged in the Court of Appeal.