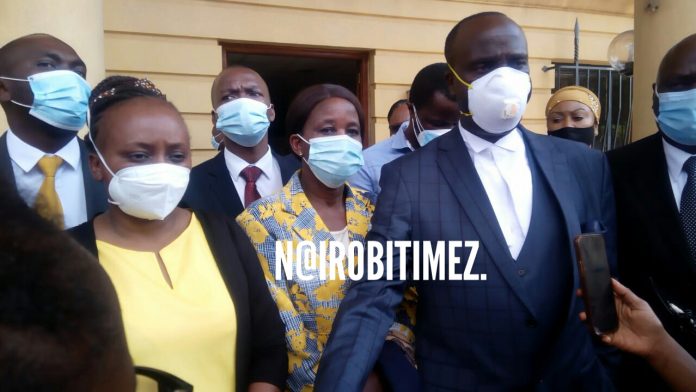 Mama Lucy Hospital CEO and administrator can now breath easy after they were released by a Nairobi court over accusations of the child trafficking.

Principal magistrate Bernard Ochoi released Emma Mutio and Regina Musembi after the prosecution revealed that there was no compelling evidence against them.

The prosecution submitted that the police had completed investigations and there was enough evidence to charge the three.

Dr Mohammed will plead to the charges at a different date after the court was informed that he was sick and admitted at Kenyatta National Hospital.

He said the CEO had only been at Mama Lucy Hospital for ten days when she was arrested.

The lawyer questioned how the police could arrest somebody and seek to detain them on grounds that they do not know where they reside yet they have families and careers.

“Police have done investigations and found that they are clean. Who will compensate their spoilt names as the whole world has seen them as child traffickers?” Omari questioned adding that he would take instructions on that.

The child trafficking syndicate was aired by BBC news after their investigative journalists unearthed scandal.