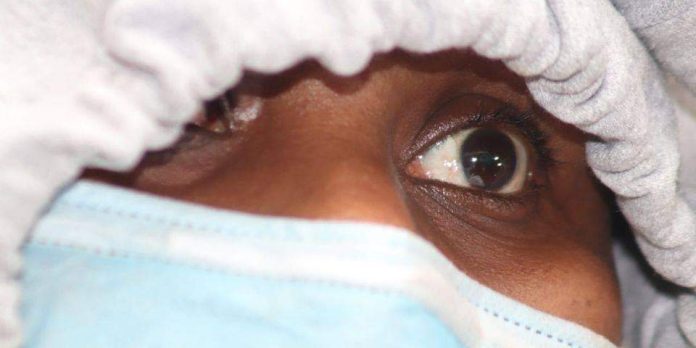 Millicent Muthoni Kithinji, host of 44 school children arrested in a house at Nairobi’s Mountain View Estate has been detained for seven days to allow police t
complete the probe.

The four suspects will be remanded at Kabete Police station.

They are being investigated on offences of child trafficking, causing children to be exposed to sexual abuse and exploitation including prostitution and pornography.

The prosecution says the teenagers were involved in pornography and drugs in presence of the four who are suspected to have had knowledge of the said party.

The court heard that Wambui and Muthoni who are businessladies in Mountain view area ,were involved in supply of drugs and alcohol to the teenagers.

The court heard that on November 21this year police arrested the suspects after they received a tip off that there was a large crowd of teenagers partying in the said compound.

The teenagers were allegedly involved in pornography and drugs in the presence of the owner of the house and Morega.

Police also says that Kithinji was aware of the party having been informed by her son with who she lives with. upon searching the compound, the police recovered condoms, bang and assorted empty bottles of alcohol.

The 26 boys and 18 girls aged between 13 to 17 years are drawn from Nairobi, Kiambu and Machakos counties.

The police sought for more time to complete investigations on grounds that they want to identify the people who benefit from the pornographic images taken from such events and suspect the organizers of these events lure the teenagers through social media platforms.

They also to establish whether the event is related to several other incidences such the one that occurred in Komarock and there parts of Nairobi where several children are reported missing.

The teenagers were handed over to the department of children services and will be taken to court to seek further orders, which according to the police, form a major part of the investigation.