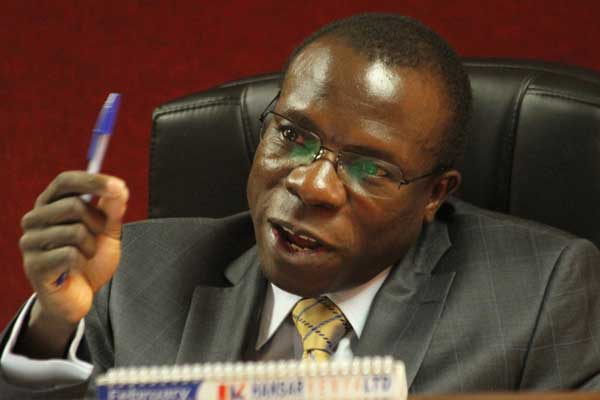 The High Court has ordered Salaries and Remuneration Commission (SRC) to adjust the pay of judges appointed outside Judiciary and make it similar to those who rise to a judge from the magistracy.

In a judgement, Justice George Odunga said the SRC should implement the decision issued last December because there were no reasons why the pay has not been adjusted.

“I hereby issue an order of mandamus compelling the 1st Respondent (SRC) herein to implement and effect the Decree dated March 13, 2020 regarding the judgement of this Court dated the December 18, 2019. The 2nd Respondent (JSC) is similarly directed to take the necessary steps within its mandate to facilitate the satisfaction of the said decree,” ruled Odunga.

The Judge noted that JSC submitted that it was the mandate of SRC to determine remuneration of Judges, and there was no circular to that effect.

JSC told the court that it had already taken steps to comply with the decision insofar as its mandate is concerned but the process was slowed by Covid-19 pandemic.

Sollo Nzuki moved back to court seeking to compel the SRC and JSC to enforce a decision delivered on December 18, 2019 and a decree dated March 13, 2020.

According to Nzuki, upon the delivery of the judgement, the court suspended the decision for 390 days, which has since lapsed.

The judge had ruled last year that judges of the High Court of Kenya and those of the Employment and Labour Court as well as the Land and Environment Court should be paid an equal starting salary.

The Judge said a judge of the High Court or a judge of courts of equal status is a substantive appointment and not a promotion from a position of Magistrate.

The Judge said as such all persons appointed to office of Judge of the high court and courts of equal status are entitled to similar starting remuneration and benefits.

“A declaration that the SRC’s communication on the remuneration of Judges and Magistrates contained in its letter Ref No. SRC/TS/HRCOH/3/25 dated June 10 2013 is discriminatory to the extent that it subjects judges appointed in 2014, 2015 and 2016 to a lesser starting salary than the starting salary of those appointed prior to the said period,” court declared.

The Court had also  compelled SRC and JSC to pay (unless already paid) all the affected judges the starting salary equal to the starting salary paid to the judges appointed with them on their respective dates of appointment (whichever is higher) and that the said amount(s) plus benefits be backdated to their respective dates of appointment and paid promptly.