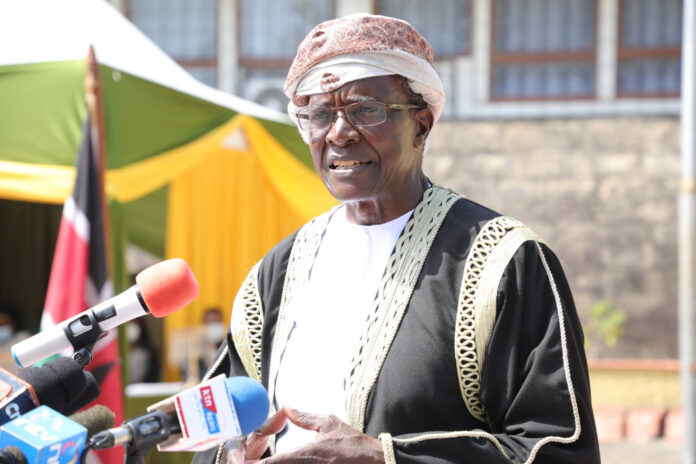 Justice Maraga also urged judicial officers to stand firm and defend the law in the fight against corruption. “Don’t be threatened, Kenyans will fight for you if you stand firm,” he said.

The CJ who is on terminal leave pending retirement on January 12, decried the looting of public resources by, unfortunately, the very people entrusted by Kenyans to protect them. He said without the pilferage, Kenya would not need aid.

“We have what is required to take our country to the heights of progress and development,” he added, saying the country was going through trying times but urged Kenyans to protect institutions of governance, as they are the last hope in the country.

“The moment we abdicate our responsibility, the country might fall into anarchy. I want to appeal to everyone to support the Judiciary. We are not perfect,” the CJ said.

Maraga was speaking in Mombasa where he was made a Swahili elder. “I am overwhelmed by the great honour bestowed upon me today as a Swahili elder. I urge judicial officers to ensure that people access justice in an equitable manner,” Maraga added.

“You’ve left a great legacy of digitization and E-Filing and we assure you that we shall soldier on to carry on with this digitization mission,” he said.

Chief Registrar of Judiciary Anne Amadi described Justice Maraga as a courageous and bold person whose fidelity to the constitution did not waver.

“You have instilled courage, boldness, integrity, hard work and fidelity to the Constitution and rule of law. You have indeed shown us the way,” Amadi said.