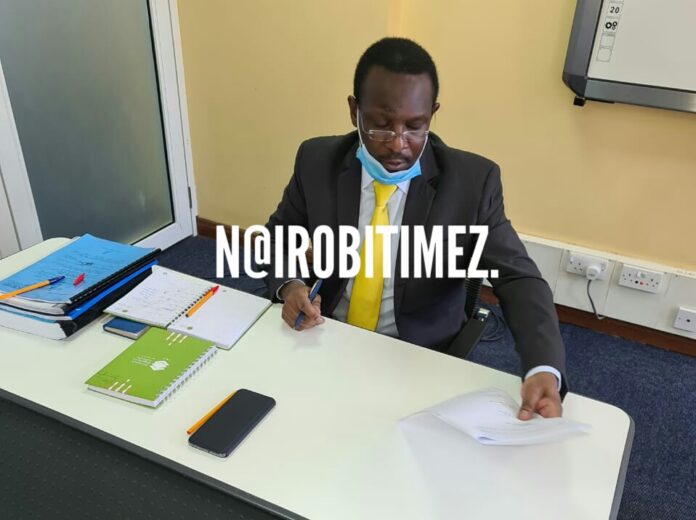 We would like to draw to the parties attention to section 26 (6) of the WIBA Act criminalise non-compesation of work related injury claims.

The Insurance Appeals Tribunal has ordered Mayfair Insurance pay a widow whose husband succumbed to injuries while at his workplace eight years ago.

Tribunal ordered Mayfair Insurance to pay her Sh1.8 million for the loss.

The Tribunal chaired by veteran lawyer Wambua Kilonzo said Jane Njeri Mwangi should be paid the amount by the underwriter because her husband was insured under the Work Injury Benefits Act (WIBA).

The five member tribunal symapthised with the widow saying she has “knocked on many doors seeking compensation”.

The Tribunal further ordered that, should there be failure by Mayfair Insurance to adhere to its orders No. (c) (d) and (e), the Njeri should be at liberty to take such action as may be appropriate under the Insurance Act, Cap 487 against Mayfair Insurance.

Her husband Stephen Gichuhi Githinji died in 2012 while working for a company known as DOSH in industrial area. The company has since folded.

“To the widow, the Tribunal would wish to draw her attention to the song of ascension contained in Psalms 121 so penned by the Psalmist in the Holy Scriptures. Read and internalize it. Your day of justice is here, look up to the mountain. Your struggle has been real. It has been rewarded with justice delivered today,” Wambua said.

Njeri’s claim has been dismissed by the Commissioner of Insurance after Mayfair said she did not have documents to support her claim.

The underwiter also argued that Njeri filed the claim too late in the day.

But the Tribunal overturned the decision saying that the employer (indemnified by the Insurer) has an obligation under Section 26 (4) of the WIBA Act to settle a claim within 90 days.

“We would like to draw to the parties attention to section 26 (6) of the WIBA Act criminalise non-compesation of work related injury claims”, Tribunal added.

The tribunal added that the Insurer should have asked for documents within 90 days for purposes of settling the claim within the set statutory time limits but the underwriter started seeking for documents five years later.

“If the Insurer was serious in processing the claim they would have sought the issue of documents before the employer closed shop. The Director, DOSH clearly notified the Insurer that employer had already wound up and that the Deceased was dead, the Tribunal then wonders where the widow would have obtained the documents from”, added Tribunal.

Tribunal chairman Wambua also dismissed the objection by Mayfair that the widow could not institute the case because there was nothing to show that she was the wife.

“The Tribunal therefore finds and holds that the Njeri had the requisite standing to make the complaint to the Respondent,” the tribunal ruled.

The Tribunal did not understand Mayfair’s lawyer attempt to further shift the obligation to provide documents to the Deceased five years down the line after the deceased died and the company wound up.

“The whole purpose of WIBA framework is to see that dependants of the deceased do not suffer after the bread winner dies as a result of work related injuries and the plight of the widow to date is well documented and not disputed.

” In the Tribunal’s mind, this is one of the rare cases that the greater good must be promoted and that justice is not only done but must be seen to be done to the widow”, observed Tribunal.

The Tribunal also noted the documented demand for a bribe of Sh. 300,000 by a third party to the widow so that her compensation can be released.