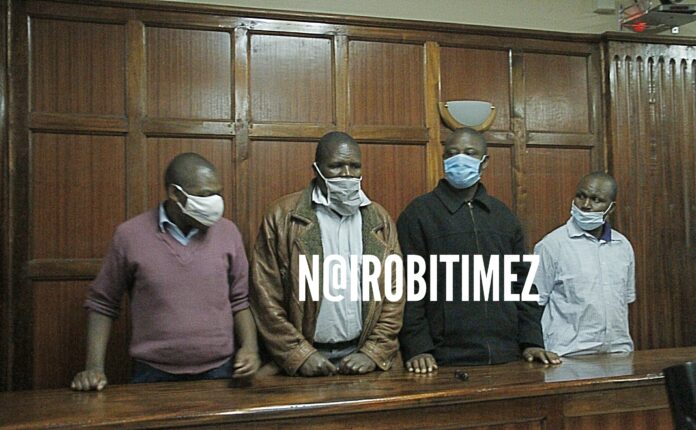 A GSU officer and two security guards have been charged with failing to prevent robbery at the home of businessman Manu Chandaria.

Also charged with failure to prevent the robbery at Chandaria’s home was a house help, who worked at the home.

The prosecution told the court on December 14, at around 0130hours at house No. 52 along Muthaiga road in Starehe County while they were on duty at the said residence, they failed to use all reasonable means to prevent robbery.

During the robbery, the businessman was robbed of Sh600, 000 and two pieces pearl necklaces worth Sh1.7 million.

The four will remain in custody pending filing of affidavit opposing their release on bail. The Director of Public Prosecution told the court that he needed time to file the affidavit.

Further, the prosecution said they will prefer more charges against the accused persons.

The four had earlier been released on a personal bond of Sh200,000 by a Makadara court.