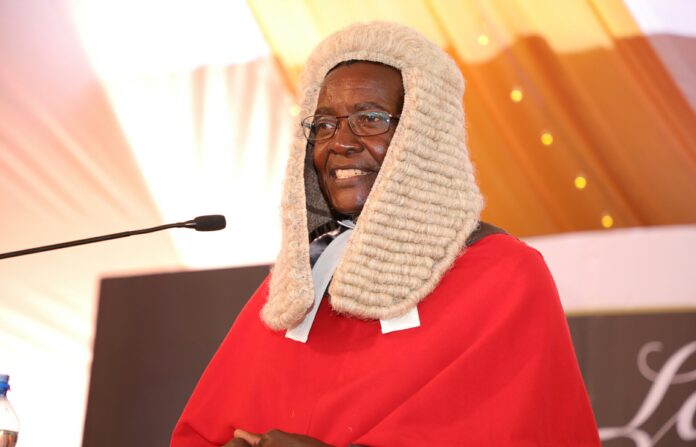 Accusations of corruption, bias and gross misconduct against judges and magistrates is nothing new.

The judicial officers face such accusations almost daily. Some litigants even file complaints before the Judicial Service Commission (JSC) but fail to substantiate the claims.

One thing that is clear though from the accusations is that it erodes public confidence in the Judiciary and affects the output of judges.

For some judges, claims of bias or corruption are leveled against them as a ploy to intimidate them to rule in their favour or abandon the case all together. A polite term used by judges against such lawyers is forum-shopping.

Following the 2017 general election, hundreds of cases were filed in courts across the country. Some ended before the Supreme Court.

similarly, a flurry of complaints were filed before the JSC by disgruntled petitioners. Most of these cases were either dismissed for lack of evidence or withdrawn by the complainants.

Recently, the JSC dismissed a petition filed last against four judges of the Supreme Court, over the manner in which they handled the Wajir gubernatorial election petition.

But the commission dismissed the petition because Ongeri failed to furnish evidence implicating the judges.

Another judge, Justice Nzioki wa Makau was accused of corruption, bias and impartiality while handling a petition filed by ousted Nairobi Governor Mike Sonko, who sought to stop his impeachment.

The judge termed the allegations as laughable and although he recused himself from handling the matter, he said the claims of bribery were baseless.

The Court of Appeal judges found themselves in a similar situation and the judges were infuriated by the claims.

In the case of Mohammed Jawayd Iqbal against former MP George Boniface Mbogua Nyanja, lawyer Kingara who represented the former legislator made the accusation.

He claimed that judges Asike Makhandia and Patrick Kiage strangely handled the case, yet they had been transferred to Kisumu.

“We think that a little familiarization with the way this Court works, and how Judges are empanelled, would have advised caution on the part of Nyanja and his advocate before casting aspersions on the two judges for sitting and hearing cases as directed by the President of the Court in exercise of his legitimate powers. We did not hear any objection against the two judges sitting on the day,” said the bench.

The judges together added they thought it was scandalous and beneath lawyer Kinga’ra’s to claim that Sankale ole Kantai, was hostile towards.

The lawyer had claimed that the judge would not allow him to argue his appeal but kept interrupting him incessantly.

“A little attempt at honesty would have shown the claims to be ludicrous and advised against such false and disparaging remarks. The notes take by all three judges and the judgment itself indicate that Mr. King’ara argued his appeal to the full extent of his abilities. Neither Kantai JA nor the other Judges did what counsel alleges, and it is a sad day that such outright falsehoods can be spewed under oath by an officer of the court or by his own averment nearly 3 decades at the bar. For him to claim that we were rude or hostile to him can only be a figment of a fecund imagination. Ultimately, the allegations are a classic and sad case of an advocate trying to tear down the court house after losing a case”, said the judges.

They added that claims of bias made should at the very least have required some backing up with evidence.

“Try as we might, we have not seen in the application or in the affidavits in support thereof even an iota of evidence indicative of bias on the part of the Court. What we see instead is a strained stretching of facts into tortuous contortions in an attempt to make a case for review. Such attempts unbacked by evidence and riding only on strident cries of bias and unfairness, without more, would never move a self-respecting bench of this Court into a review of its final judgment. It requires more, much more, to meet the threshold for review, and the application before us misses it by a mile”, added judges while dismissing the application.

Senior Counsel Ahmednasir Abdullahi has continuously tweeted claims that one of the Supreme Court judges received a bribe of Sh220 million from a party who had a case before the court and the unnamed was struggling to repay the money.

“On that matter of Sh 220 Million BRIBE and the SENIOR judge of the Supreme Court who alleged that he DIDN’T EAT ALONE but shared with TWO OTHER JUSTICES of the Court…who brokered this Deal?” tweeted Ahmednasir.

He further tweeted that when the senior judge of the Supreme Court was asked to refund the Sh 220 million, he angrily retorted “but you know very well i DIDN’T EAT ALONE. I shared it with TWO OTHERS. Why are you victimising me…in Jesus’s name be fair.”

In his tweets Ahmednasir also pointed a finger on Chief Justice David Maraga saying he headed for his retirement without shedding light on the matter.

“Maraga’s tenure in the Supreme Court was defined by grand corruption,” said Ahmednasir.

According to Ahmednasir, the greatest obstacle to clean Judiciary is Senior lawyers

Veteran lawyer Gitobu Imanyara says that the new constitutional dispensation expanded democratic space so much so that demands of accountability are now firmly entrenched.

“It is the fear of being publicly exposed that is creating this perception that you are alluding to. Judges are a lot more exposed because in every case they handle the losing side will make allegations of corruption or undue influence. Also more and more people have become more aware of their rights and a lot more cases are being filed without recruiting more judges to handle them,” Imanyara said.

He added that the executive and legislative branches of government always find fault with the judiciary because it is an easy target and the accusations are often picked up by the social media.

“We have had some really good judgements from the Constitution and Human Rights division of the High Court,” adds Imanyara.

Lawyer Wambua Kilonzo believes these accusations affect judge’s in execution of their duties.

“They are intimidated. But they don’t say it. They put forth a false bravado and as you can see cases affecting top politicians facing either graft or impeachment cases…a judge opts to disqualif himself or herself,” adds the lawyer.

In directly, files involving politicians or influential people keep moving from one judge to another and sometimes individual judges directs such files to be placed before the division presiding judges to allocate file to another judge.

Lawyer Kilonzo adds that CJ Maraga tried to protect judges but he could only do so much but the intimidation is real.