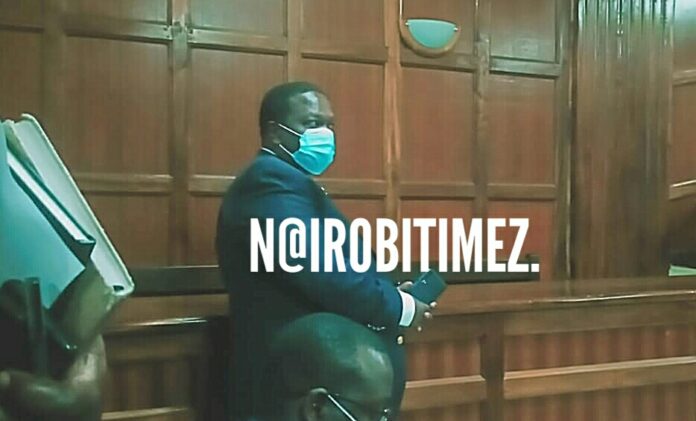 The hearing of a case in which businessman Patrick Omani Nyamweya is charged with conspiracy to defraud Samco Holding Limited of a parcel of land worth Sh335 million has been pushed to January.

Milimani Chief Magistrate Martha Mutuku directed the case to be heard on January 12, and ordered the investigating officer to supply the accused person with all witness documents.

Omani is accused that on unknown dates and place, jointly with others not before court and with intent to defraud, they conspired to defraud Samco Holdings limited of the parcel of land.

According to the charge sheet, land on Mombasa road measuring 0.009 hectares is valued Sh335 million.

The court heard that they fraudulently registered the said land in the name of Innfield Investments limited.

He is also charged with forgery. It is alleged that on unknown date and place Omani with others not before court with intent to defraud Samco Holdings limited forged a signature of rigistrar of title Elizabeth Gicheha on a grant dated June 30,1999 purporting to genuine from the said Gicheha a fact he knew was false.

Omani is also charged with making false documents and malicious damage. He and others not before court damaged Samco Holdings limited property worth Sh50, 000.

The prosecution has listed four witnesses to testify in the case but more will be named as the trial starts.

The case was reported at Muthaiga Police Station.