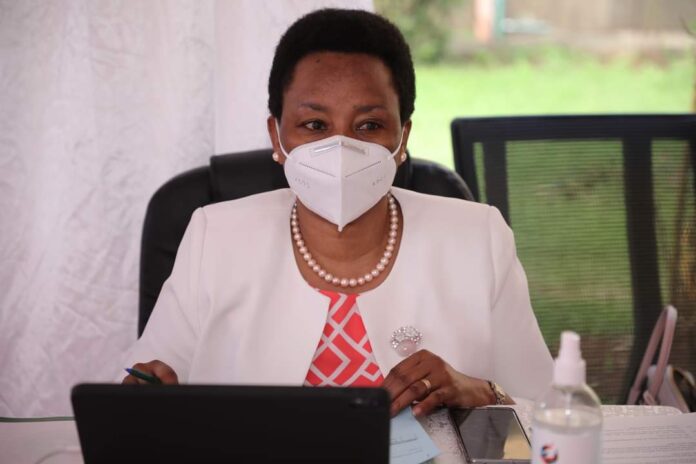 Deputy Chief Justice Philomena Mwilu has defended her appointment as the acting Chief Justice saying it was done in accordance with the law.

Saying she was carrying out administrative duty due in the absence of the Chief Justice, Mwilu also defended the move by Chief Justice David Maraga to appoint her in acting capacity.

In response to a petition by activist Okiya Omtatah, said, “The letter dated December 11, 2020, from the Chief Justice to myself was a formal administrative notification of the matters set out therein and the challenge thereto, which is not merited, ought to have been addressed to the Chief Justice and not the Respondent or the attorney General.”

Mwilu adds that section 5 (4) of the Judicial Service Act No 1 of 2011 designates an Acting Chief Justice in the absence of the Chief Justice.

She said the law entitles the holder of office of Deputy Chief to act as the Chief Justice for a period not exceeding six months pending the appointment of a new Chief Justice.

“It follows therefore that Acting Chief Justice is an intervention arising by express operation of the law and not a creation or the wish of an outgoing Chief Justice as implied by Omtatah,” she said.

She further argue that she believes that it is not lawful or in the public interest for the Kenyan public to be denied the benefit of the administrative duties and functions of the Chief Justice which I am entitled to perform in an acting capacity on account of complaints before the Respondent which have not culminated in my suspension or removal from office.

In her affidavit, Mwilu said she has not been suspended from the office of Deputy Chief Justice and Judge of Supreme Court by the JSC or removed by a tribunal in the manner contemplated by Article 168 (4) and (5) of The Constitution of Kenya.

“I have served as Deputy Chief Justice and Judge of the Supreme Court throughout the pendency of the litigation and petitions for my removal referred to hereinabove and continue serving as such to date”, Mwilu adds.

But in further response Omtatah argues that where there is no substantive Chief Justice to delegate or assign duties and give direction, the DCJ cannot perform any duties, let alone act as the Chief Justice.

In his petition, Omtatah urged the court to issue a temporary order suspending the the letter REF: CJ/PERS of December 11, 2020 which the outgoing Chief Justice of Kenya and President of the Supreme Court of Kenya wrote purported to appoint the DCJ Philomena Mwilu to act as the Chief Justice and perform all duties and functions of Chief Justice from December 12, 2020.

The said letter indicated the DCJ will act the CJ until a new Chief Justice is appointed in accordance with the Constitution of Kenya.

Justice Murima will deliver the ruling on January 12.