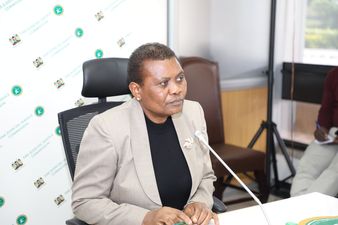 Three suspected drug traffickers have suffered a blow after the High Court allowed the seizure of their motor vehicles, pending the hearing of an application to forfeit them to the state.

Justice Hedwig Ong’undi allowed the application by Asset Recovery Agency (ARA) to have the motor vehicles belonging to Barak Boru, Mohammed Abdirahim, Mohamed Adan and Momanyi Dennis preserved, pending the determination of the petition to be filed.

Ong’undi directed the suspects to surrender the original logbooks of the two motor vehicles to ARA within seven days. The vehicles will later be held at the Directorate of Criminal Investigations (DCI) along Kiambu Road.

The Judge also ordered the Director General of National Transport Safety Authority (NTSA) to register a caveat against the records of each of the motor vehicles in the matter, to stop any sale or transfer.

The three businessmen were arrested on May 24 last year in Isiolo over allegations of trafficking in narcotic drugs (cannabis sativa) with a street value of Sh3 million.

During the arrest, a search was conducted and 21 bundles of plant substance suspected to be narcotic drugs were found concealed in the said vehicle.

Officers had conducted an investigation, identified and traced assets belonging to Boru, Abdirahim and Adan who had been charged with criminal offences in court with the offence of trafficking in narcotic drugs.

The agency through senior state counsel Irari Mercy Faith had sought the orders arguing that the assets having been procured using proceeds from the illicit trade in narcotic drugs and used for commission of a crime, the assets are liable for confiscation by the state under the proceeds of crime and anti-money laundering act.

“There’s danger that the respondents namly First community bank and Equity bank (listed as an interested party) may transfer or dispose of the said asset as there are no court orders currently preserving the assets in issue,” says ARA