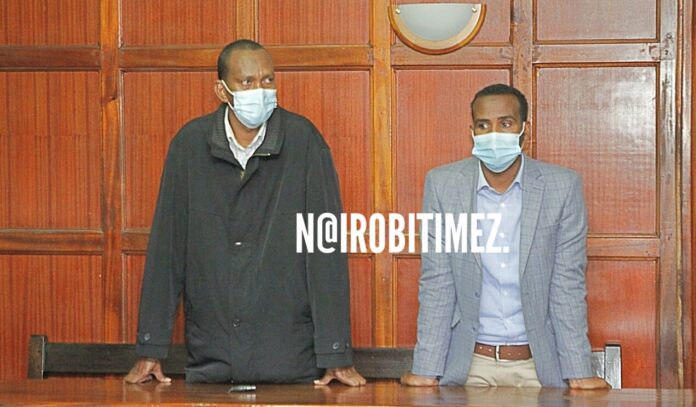 Adan and Abdirahman on unknown dates last year, jointly with others not before court conspired to defraud Golden Gate Cargo services limited for Safaricom lines by transferring to their company Safe Gate Cargo Services limited.

Bare is accused that on October 13 last year at unknown place in Nairobi County with intent to defraud forged the signature Abdullahi Sheikh Mohamed on a letter dated October 13, 2020 to Safaricom limited requesting for registration of postpaid services purporting it to be the genuine and signed by Sheikh, who is the Managing Director Golden Gate Cargo services limited.

The prosecution said Bare had that on October 14 last year at Safaricom’s Eastleigh retail shop, within Nairobi County, knowingly and fraudulently uttered to a Safaricom retail shop attendant a forged letter requesting for authority to register postpaid services purporting it to be genuine.

The two were released on a cash bail. The prosecution has listed three witnesses to testify in the trial.