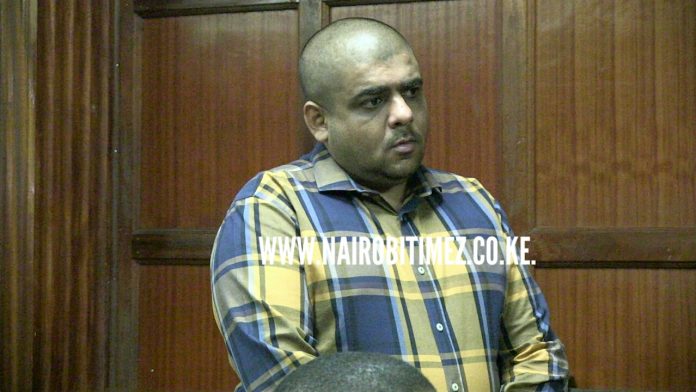 A trader who was swindled of Sh4.2 million by gold scammers will testify through a video link from South Africa.

Amit Srivastava who is currently out of the country will give his testimony on January 28 in a case where Sikanda isamel Abdalaa alias Salim is accused of obtaining the money claiming that he could sell him gold.

Sikanda has been the Director of Criminal Investigations radar for a while over involvement in fake gold transactions.

He is accused that on diverse dates between March 13 and 28, at Riverside and Westgate Mall obtained from Amit of Ibrahim Ahmed General Trading of USD 42, 600 equivalent to Kshs 4,260,000 by falsely pretending that he was in a position to sell to him 10 kilograms of gold, a fact he knew to be false.

The court heard that on March 13, at an unknown date and place with others not before court and with intent to defraud, Sikanda made a pro-forma invoice dated March 11, 2020 to Ahmed Ismael Ibrahim general trading company, purporting it to be genuine drawn Kunil Young International Ltd.

He is also charged with impersonation. The charge sheet stated that on March 7, at Riverside in Lavington area, Nairobi with intent to defraud, Sikanda falsely represented himself to be the CEO of Kanul Young International limited.

Sikanda denied all the charges and was released on cash bail of Sh1 million or an alternative bond of Sh2 million.

Sikanda has several criminal cases pending at the Milimani law Courts. In yet another case, he is accused of obtaining Sh58.4 million from a foreigner by claiming he could sell him some 435kgs of gold.

Four other people have been listed as witnesses in the case.