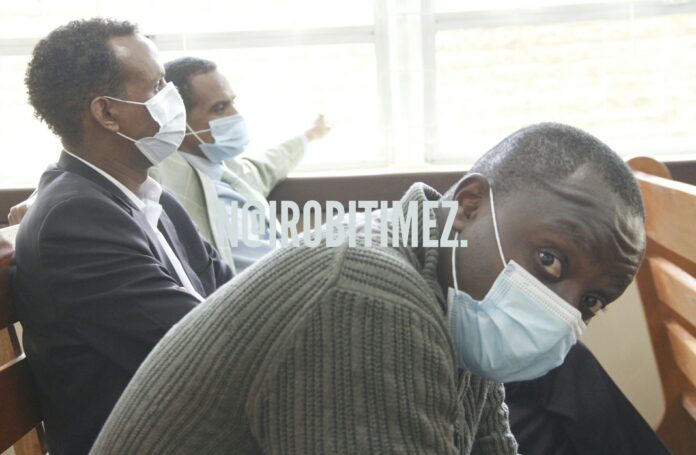 Through assistant Prosecutor Eunice Oloo she urged the trial court to find the evidence adduced during the hearing against enough to convict them.

According to the prosecution, the evidence adduced during the was not shaken by defense.

“We pray you find the accused the accused guilty of all preferred charges and proceed to sentence them accordingly”. Oloo urged the court.

The former finance advisor to Wajir governor told a Nairobi court that cheques worth Sh26.1 million are not recorded in the check register.

Jeff Mworia Kithinji also told trial court that the county’s cash book and check register are being held by the auditors and it would have been quite fishy for him to recall the books.

“Since I was doing it in good faith, I clearly, mentioned to them that all we needed was the critical documents which was the check book that was not utilised which I would then return to them the copies of the checks and vouchers of the payments that the county was planning to make,” Kithinji testified.

He also added that he did not have clear chronology and he would not have wanted to interfere with it for purposes of accounting.

The court heard that decisions were being made at a policy level where he was not involved. “All appointments are at policy level that lies with the chief officer finance and the CEC finance,” he said in his defence.

On February 14, while testifying in the corruption case, Wajir governor Mohammed Mohamud told the court he was not aware who issued instructions for the withdrawal of Sh28.1 million from the county’s coffers. He said also said he does not know who received the money or where it went.

“I did not receive the money or a portion it. I did not issue instructions for the withdrawal to secretary CEC finance for the overdraft,” he said.

According to the Governor, after hearing of the allegations he contacted CEC finance who informed him that the funds were used pay casuals and operations. He added that he was informed via phone and did not receive any written communication.
County auditors however said they were not aware of the same after counter-checking with them.

The court acquitted a KCB branch manager- Sayid Ibrahim- linked to the embezzlement of Sh26 million in Wajir county.

The former county officials are accused of conspiring to embezzle of public fund’s belonging to county government of Wajir amounting to Sh26.1 million.

Kithinji, who was the acting treasury and economic advisor, is accused of using his office to confer a benefit of Sh26.1 million, when he irregularly withdrew from Wajir County Government standing imprest account.