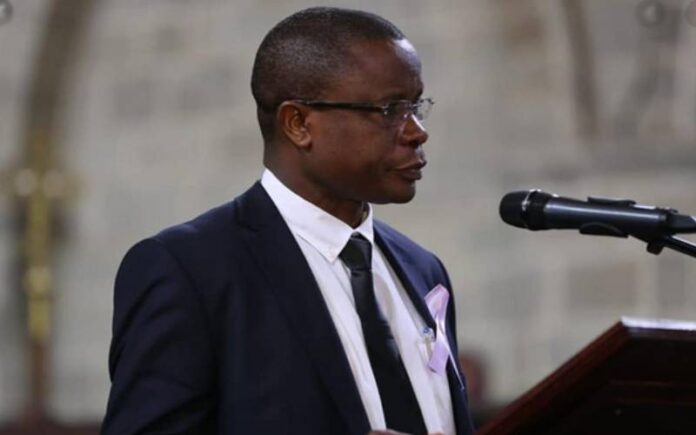 The family of the late Bomet Governor Joyce Laboso has opposed plans by the widower Edwin Jacob Abonyo to be granted letters to administer the estate estimated to be worth Sh100 million over claims that he has included some properties belonging to them.

Abonyo moved to court last year seeking letters of administration. Two of his two sons were in support of the application and he was granted temporary order by Justice Aggrey Muchelule on June 10, last year.

Dr Laboso died on July 29, 2019 at Nairobi hospital after battling with cancer for several years. It is not clear whether she left a will.

A gazette notice on the grant was published on February 7, 2020- a move that alarmed the Laboso family with his sister in-law Judy Cheptoo Laboso moving to court to challenge the said grant.

Some of the properties listed by Abonyo is a land in Karen, a townhouse in Kilimani, a parcel of land at Kapletundo, Kericho County and another parcel on South Sotik township. He has also listed shares at Kenya Grain Growers Co-operative Union (KGGCU), two parcels of land in Kisumu, a land in Nakuru town and a residential plot in Bomet town.

He has also listed Kenya Commercial Bank (KCB) shares, shares at Sinendet Multipurpose Co-operative Society and shares at Parliament Sacco. Others are Egerton University Pension Scheme- where she taught before joining politics and her accounts at KCB, Equity, Co-op bank and Absa Kenya.

Abonyo said the property is estimated to be worth Sh100 million while liabilities have been placed at Sh48 million.

But Judy sought to stop the confirmation of the grant on January 18 and was given time to file her objection. The case is set to be mentioned on March 24.